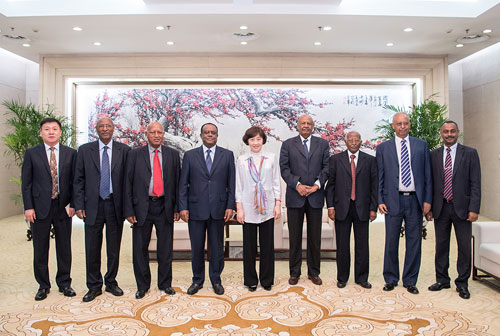 The senior Eritrean Government delegation held talks with Ms. Xu Lvping, Vice Minister of International Department of the Central Committee of the CPC, on strengthening the existing bilateral relations between the two countries and other issues of interest to both countries.

The Eritrean delegation also held talks with the Minister of Trade, Mr. Gao Hucheng and the Vice Minister, Mr. Qian Keming and reached on mutual understanding on the sectors of trade and investment, mines, infrastructure, construction, agriculture as well as on human resources development. 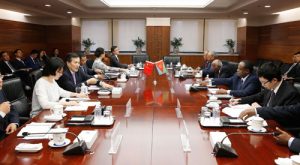 On 20 July the Eritrean delegation also held talks with the Vice Minister of Foreign Affairs, Mr. Zhang Ming on the current political and economic issues.

Mr. Zhang expressed that the People’s Republic of China will stand alongside Eritrea in all aspects.