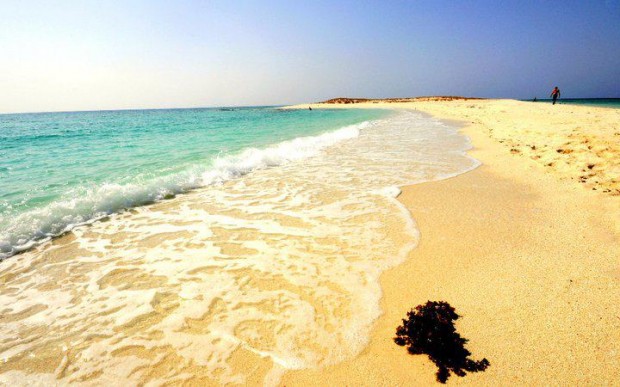 Asmara October 17, 2015. Public Diplomacy and Regional Security Initiatives New. By: Berhane Woldu. This is a story about an Eritrean American in his early forties with a dreadlock hair style, long bear and shabby clothing. I run into Dawit in Gahtelaye I was headed to Massawa he was returning from Massawa. Taken by Dawit’s story I decided to share it with you, the Eritrean Diaspora.This feels like in the days, when I was going to college spent my time wisely or unwisely, playing hockey with my friends, and writing a paper that needs to be turned in, while the class was going on. 210 Nakfa is about my attempt to complete my plan of swimming. In Asmara while thinking about Asmara I had wanted to swim at Asmara Palace Hotel (Inter) but two things created artificial barriers; one was price and two was culture. I find paying 500 Nakfa for swimming was a little expensive while trying to live in the Eritrean local economy; two being dreadlock out of place was a cultural thing. There is a community pool that is reasonably priced in Asmara but is under repair. So my plan was to go to Massawa and swim there for free. It must cost less than Asmara Palace Hotel and I wanted to see if I was correct. Furthermore why is it that only a few local go to Massawa? I never see posters or any type of advertisement to encourage people to go to Massawa. And now the story of 210 Nakfa to swim in Massawa which I think means “available to all”.

To start my journey went to the bus terminal and paid 37 Nakfa for a bus passage. The ride was beautiful, at times feeling like being on a plane above the sky watching the clouds below me. Also felt very safe knowing the driver knows the road she has been on this road several times. I have been to Massawa before on private cars and drivers always seem like they are in a hurry or on a race. We stopped at Gahtelaye for break where I met my elders Domonico and Caseyee, who were returning to Asmara. We sat and chatted they treated me to a nice cold coke. After the break passengers got back on the bus and we were in Massawa in no time. As soon as we got off the bus the adventurist sprit came on. Looked around and saw no one or place that was familiar. Knowing that I’m now a stranger I located a tea house. Went in and asked how to go to Gergusume beach while sipping hot tea the fee for the tea was 5 NK. Since my plan was to spend the night at the beach and avoid the burden of paying for a hotel, my heart sank when the waitress informed me that the bus for the beach had left.

Faced with this dilemma, decided to go to inner Massawa and spend time there and see what’s available. On my way there spotted a movie theater; played the card of a tourist and decided to see a movie with the locals. I was happily surprised by the theater; it was an open air theater with a stadium like sitting, and behind the screen you can see the port of Massawa with cranes in the background looking further you see the Red Sea. The movie added fun it was a movie titled Star Ship Tassels it was about Giant Roach like creatures that invaded earth. Movie ended treated myself to a cappuccino for 7 NK while watching Eri-Tv news on the lobby of the theater. Made my way to the inner harbor walking towards the middle island I started to mesmerize and was reminded of New-Orleans. At the old city found a small hotel with outdoor seating and again treated myself to a cold, cold, very cold beer, Asmara beer that is; with hot night and cold Asmara beer complementing each other reaching a new high and the beer costing only 20NK. Finally made it to downtown Massawa found a club and listened to the latest Hip Hop tunes. It was now 3:00 AM when I was reminded by my body clock that it was time for bed.

Not wanting to pay for a hotel as my plan was to sleep at the beach for free. Walked back to the middle Island passing the bridge a thought came through the usual neurons and nerves transmitters in the brain and spine; why not spend the night on the bridge? I used my backpack as a pillow and went to dream world utilizing the bench as a bed. On the bridge I can’t say I slept like a baby but I sure did sleep. After a couple of hours of sleep, woke up to the sound of traffic and bubbling fish. It took me a while to get my sensors back. Got myself together; looked around to see, that on my left was the blue sea, to my right was the Emerald green sea and in front of me was the beautiful Grand Dahlak Hotel. Realizing that it was time for breakfast I walked back to the old city and had tea and bread for 10 NK. From there took the mini bus to Gergusume beach area.

Gurgusome beach looked like what you would expect from a beach; lots of water on one side and lots of land on the other side. What makes Gergusume beach different is that there are no milliners and billionaires spending time on their private island. Anyhow I was not there for the beach but for a swim. Changed into my shorts put my belongings into my backpack left it by the beach and went into the sea for a swim. The water was warm and salty. (If I was in a cooking pot being cooked by a giant the giant would probably say that humans are salty). The water was clear it was clear that I made a fish a friend, the fish was the size of paper money. We played for about 5 minutes with me chasing him and the fish would wait to be chased. After having fun in the water started to walk towards the beach. Out of nowhere a person dressed like “The Arabian Night” with a camel approached me and asked me a question that no man should be asked after a nice swim. He asked “where is your wife”? I was taken by his question and didn’t know how to answer the question.

Wanted to run away before he asks me another scanty question like; what is your Swiss banks account number? Within few second I came to realize that the guy was simply trying to sell me jewelry made out of shell; his sea finding and to ride a camel for a fee. After bargaining for price we came to an agreement whereby I bought necklace with about 30 sea shells for 30NK and declined a camel ride. Walked to the café ordered a coke and bread for 17 NK. Got a ride to Massawa bus terminal got on a bus to Asmara for 37NK upon arrival in Asmara had a cappuccino before heading home. My friend the total cost was 210 Nakfa ($4.00) beats swiming at Asmara Palace Hotel for 500 Nakfa.  The moral of the story is that Eritrea is a place of much fun and adventure for those who dare. dehai