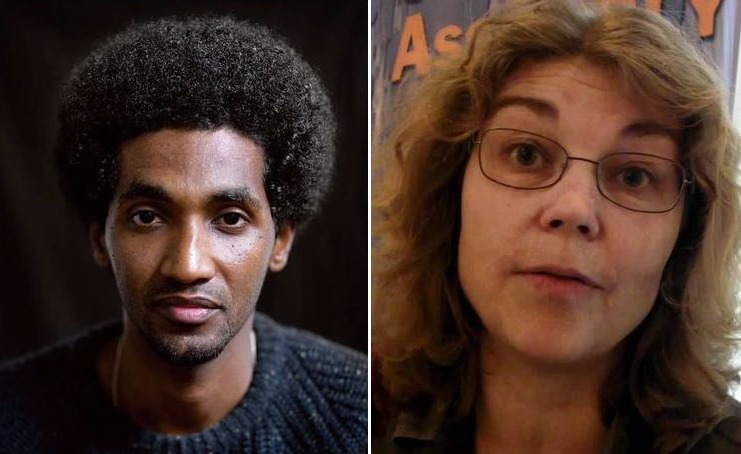 ASMARA (HAN) January 29, 2016 – Public Diplomacy and Regional Stability Initiatives News. Through out the years, Eritrea has faced a sustained demonization campaign from the mainstream media, Non Governmental Organizations and certain UN bodies. Journalists and so-called “experts” on Eritrea have been freely disseminating lies about this fiercely independent African nation, without being held accountable for the libelous false information they propagate. Well that’s all about to change.

In an unprecedented move, Meseret Bahlbi an Eritrean residing in the Netherlands has made the bold move of filing a lawsuit against Prof. Mirjam van Reisen the founding director of the Europe External Policy Advisors(EEPA).

Prof. Mirjam van Reisen is a household name amongst the Eritrean community, but not for the right reasons. Van Reisen has written a number of publications on Eritrea.

The Eritreans say the publications are pure propaganda and that it does not reflect the reality on the ground. One Eritrean named Amanuel described Van Reisen as a “racist bigot that has been using Eritrea and Africa to make money publishing books and selling regurgitated fabrications”.

This time, the Professor on International relations is being sued for making slanderous and libelous remarks about Meseret Bahlbi. According to dutch media reports released on Wednesday, Van Reisen recently spoke to a dutch radio channel BNR News Radio “saying that the brother of two interpreters for the Immigration and Naturalisation Service (IND) ‘is the pivot of the intelligence service in Eritrea.” referring to Bahlibi.

Bahlibi found the accusation offensive,unsubstantiated and damaging to his reputation. He has already received threats and intimidation on social media sites like twitter from journalist and right wing extremists, for simply standing up for his rights.

A local journalist, who wishes to remain anonymous, who is closely monitoring the case says “Given the Professor’s connection with people in high places, whether it be in the media or the european parliament,the Professor thought she was untouchable. She thought she can make whatever libelous comments without having to worry about any repercussions”, he goes on to say “she thought wrong!”.