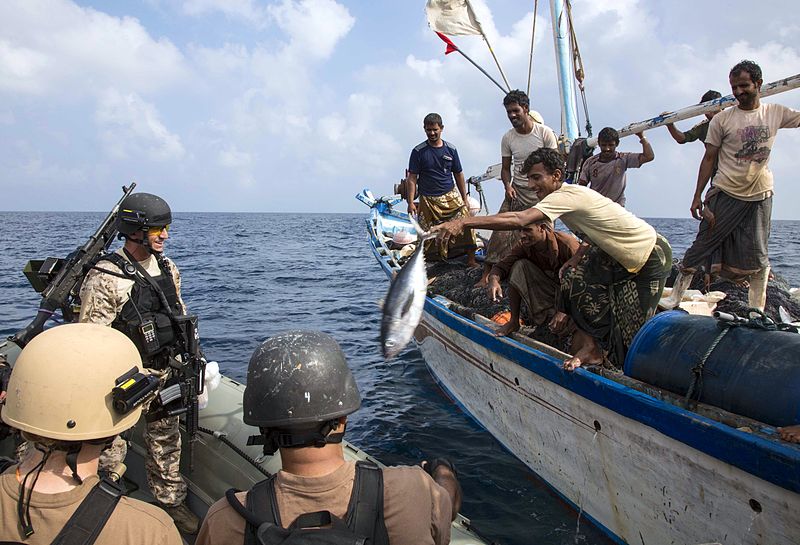 Djibouti (HAN) May 5, 2014 – HAN reporter in Djibouti sent this note;  the Yemeni fisherman were among hundreds detained by Eritrea for illegally fishing in Eritrean red Sea waters.

by Saeed Al Batati, Gulf News Correspondent:  Yemen Coast Guard in the western port province of Hodeida said on Saturday that 154 Yemeni fishermen arrived home after spending 20 months in the custody of Eritrean authorities. They were among hundreds of fishermen detained by Eritrea for illegally fishing in the Eritrean waters. Fishermen deny such accusation.

The fishermen told Yemen Today TV than they left behind many of their compatriots who allegedly are being subjected to hard labours. In January, Eritrea released 135 fishermen after two years in custody.
Fishing is a source of livelihood for thousands of Yemenis and workers at cannery factories. Local media said dozens of families have been left in miserable conditions after their breadwinners were arrested in Eritrea. Relatives of the detained fishermen have organised protests to pressure the government to secure their release.

HAN & Geeska Afrika Archieves: Yemen and Eritrea fought a short war in 1996 when the Eritrean forces invaded three small Islands in the Red Sea controlled by Yemen. The conflict was resolved through arbitration by the International Court of Justice at The Hague in 1999, which gave Yemen the right to control the islands.