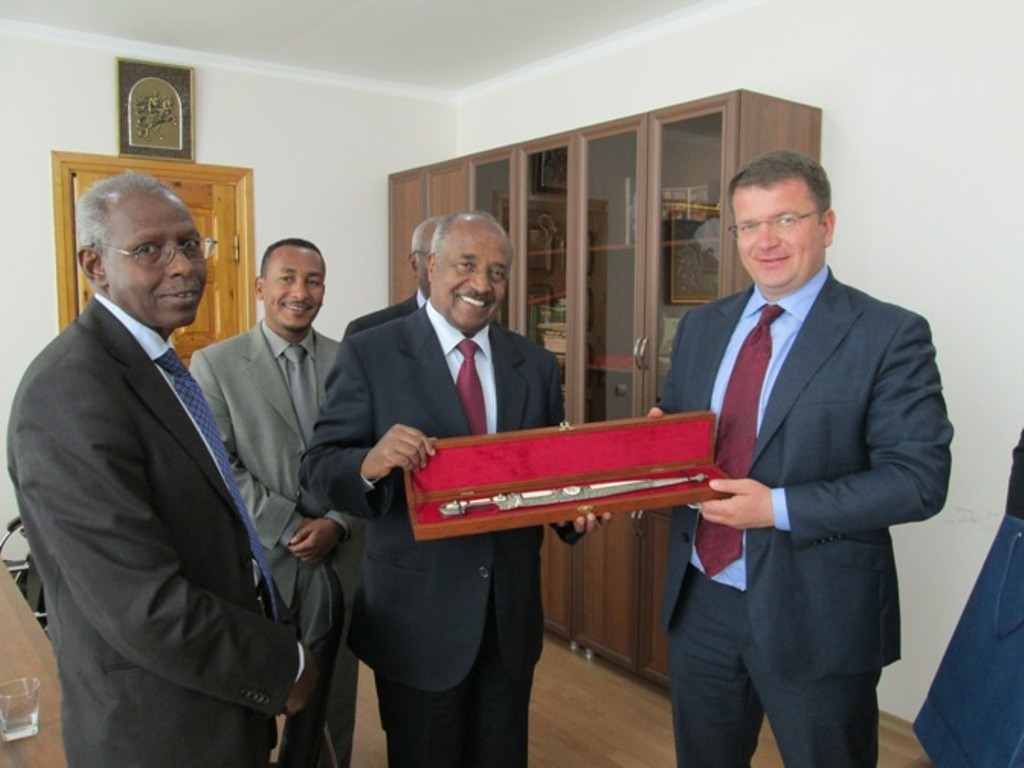 Asmara (HAN) August 4, 2014 – Defense and Security News update. In Eritrea, military, academic, business and media circles,  there is breathless excitement about the rise of Russia and the US decline,  they assume as its inevitable corollary. There is an  announcement that Russia’s Defense Ministry will hold drills for reservists in all of the country’s military commands in August-October. Now comes yet another announcement, this time that Russia’s will be holding military exercises this week involving 100 aircraft in the west of the country near the Ukraine border. This kind of activity mean that Russia is saber-rattling or somehow threatening regional security  and stability, while is getting ready for war with NATO.  Russia also has  another announcement, this time that Russia will be holding military exercises in Eritrea soon this year, according to the sources from Eritrean diplomat in Europe, who told Geeska Afrika Online.

Such Eritrean water exercises are primarily designed to test the readiness of the Russian armed forces, and it is quite possible that this is indeed their main goal at this time is to have a base in Eritrean Red Sea ports,  but one important side effect of such activity is to overwhelm the surveillance capabilities of the Russian defense forces in the Red Sea, after the Cold war.

To the extent that Eritrea and Russian  government thinks current US policy really resembles Cold War containment, this reflects woeful ignorance of US strategy during the Cold War and now. But the current regional militarization in the regions rests on an assumption that America has had its day and that Russia and China’s burgeoning gross domestic product will translate directly into predominant power which American partners in the region has to start heeding.

The Horn of Africa defense and security analyst argued elsewhere that, far from becoming a liability,  Eritrea’s strategic relationship with the Russia is becoming more important, after Obama rejected Eritrean president to attend US-Africa Summit in Washington, that conviction is made stronger by an important new article by Geeska Afrika Online in its Page- Regional defense and Security.

Similar military Exercise will happen in Eritrea in three Months: Russian Heavy military pontoon exercise again  will took place in Eritrea’s red sea region. More than 600 servicemen and 150 units of engineer equipment from all the military districts will be involved in the exercise.


Reason Russia Moving to Africa’s Strategic port of Eritrea: Russia’s foreign ministry complained vocally about the sanctions, criticizing the U.S. for “advancing baseless claims” about its role in Ukraine in a “pretentious, prosecutorial manner.” It criticized the EU for allowing its policy to be “dictated by Washington.”

in a Neighbouring Eritrea, Djibouti: US naval vessels and aircraft used Djibouti’s facilities, and the 2 countries perform joint military exercises. US military and economic aid was $7 million in 2000. This included $2.7 million in emergency food aid, $2 million to start a humanitarian demining program, and $100,000 for self-help, democracy and human rights. The country retained close relations with France and other Western nations, as well as with Islamic states. In addition to the US precense, Djibouti was also home to France’s largest foreign military base as of 2002. Djibouti was host to several thousand French military personnel, including the 13e Démi-Brigade de la Légion Étrangère (13e DBLE – 13th Half-Brigade of the Foreign Legion).

Djibouti’s military Strategy is a major, well-equipped, international port, whose management had been recently turned over to a Dubai-based company. Ethiopia, a landlocked country, was the main user of the port. Fairly good roads linked all the small towns to the capital city of Djibouti. The infrastructure still needed much improvement, as paved roads still were not extensive by the early 2000s. Djibouti had an international airport, which could handle large aircraft such as the Boeing 747.