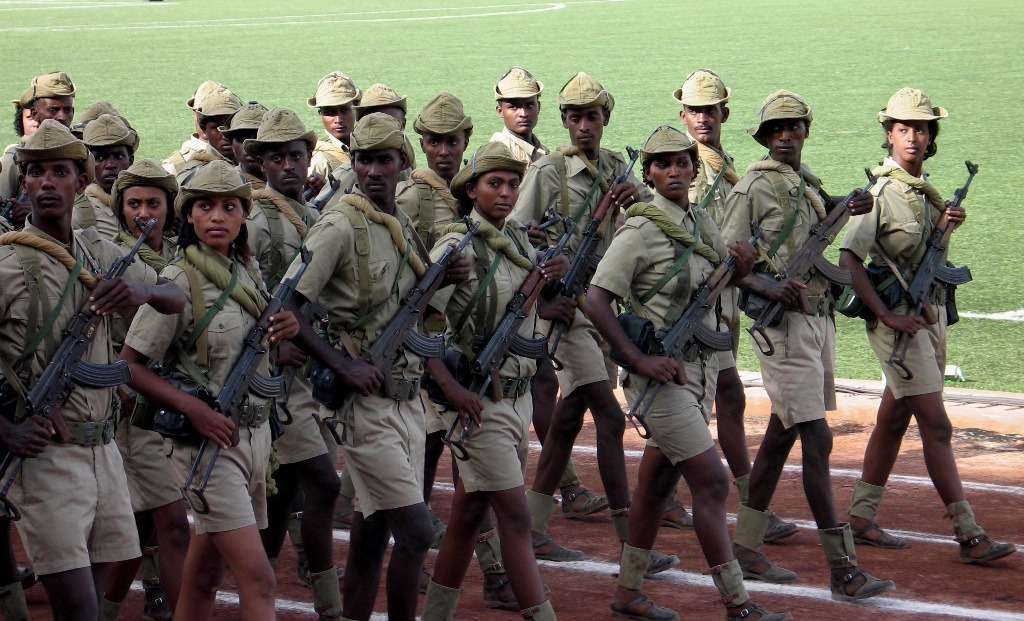 Asmara (HAN) October 31, 2014 – Public diplomacy and Regional Energy Security and safety news. Earlier this week the Eritrean diplomat leaked an Eritrean diplomatic campaign to regain trust, according to Geeska Afrika Online sources, told Horn of Africa News-line (HAN) that, a major marine security protection zone would be established with Yemeni government and that the government of Yemen “would be making an official announcement in coming view days in Aden”.

“The Eritrean leader is feeling uneasy because the government of Ethiopia is involved in a major diplomatic task exposing the unjustified usurpation of the Hanish Islands” by Yemeni Government to use Ethiopian shipping lines (The Hanish Islands conflict, was a dispute between Yemen and Eritrea over the island of Greater Hanish in the Red Sea).

Eritrea has also other strategic islands, such as , the Dahlak Archipelago is an island group located in the Red Sea near Massawa, Eritrea. It consists of two large and 124 small islands.

The Eritrean leader Afwerki’s view about the future diplomatic relations with Ethiopia said, recently “We expect the Ethiopian Government to abide the requirements from the international community and the United Nations so as to begin peaceful discussions” on how they are going to reintegrate  “the Eritrean-Ethiopian border demarcation 1963”, since more than 600,000 men died in a bitter civil war.

Despite those critical border issues, there is some evidence that both the leaders of Ethiopia and Eritrea are more willing to see an end to their personal conflict.  President Isaias Afewerki’s silence following the death in 2012 of Prime Minister Meles Zenawi was also helpful.

Critical thinking and added suggestions that it will be exceedingly difficult to achieve the laudable diplomatic goals identified by the Eritrean Ambassadors in Europe, Middle East and Africa, without Eritrean unity inside and diaspora, according to regional security analyst.

Holland: –Eritrean community members residing in the Dutch cities of Utrecht and Campen have asserted readiness to mount staunch resistance against external conspiracies on the basis of higher organization and awareness. They made the pledge at a recent meeting they conducted, during which the Eritrean Ambassador to the European Union, Mr. Negasi Kassa, gave briefings focusing on the pace of national development programs in the Homeland on the basis of self-reliance and the objective situation at regional and international level.

He also stated that anti-Eritrea agendas designed to weaken the nation’s development endeavors have ended up in utter failure thanks to the steadfastness and dedication of the Eritrean people at home and abroad. The Ambassador further pointed out that achievements being registered towards ensuring food security and other development programs attest to the Government’s sound policies.

The participants of the meeting on their part reiterated readiness to demonstrate higher awareness as regard foiling external conspiracy.

Saudi Arabia: Festival of the Eritrean community members in Jeddah city and its environs opened yesterday in a colorful manner under the theme “We Toil Today for A Bright Future.”

The opening ceremony in which Ms. Fawzia Hashim, Minister of Justice, Ambassador Mohammed-Omar Mahmud and a number of Eritrean citizens took part witnessed the staging of artistic performances by students of the International Eritrean Community School highlighting the nation’s cultural values.

Reporters from the Ministry of Information indicated that the first day of the event highlighted the endeavors being exerted by Eritrean parents abroad towards bequeathing the nation’s cultural values to their offsprings, in addition to general knowledge contest among branches of national organizations, as well sports competition between youths of the community.

During the 3-day festival, a seminar focusing on the objective situation in the Homeland, cultural performances by an Eritrean cultural troupe and other activities would feature, according to reports.

South Africa: A festival marking the 10th anniversary of Eritrean-South African diplomatic relations was staged today at the Expo grounds here in the capital under the theme “People, Liberation and Development”. Senior Eritrean government officials, heads of national associations, Ambassadors, representatives of international organizations and invited guests participated in the event.

Speaking on the occasion, Ambassador Tesfamichael Gerahtu stated that Eritrea and South Africa share similar historical experience of struggle for freedom and justice. He further pointed out that more efforts need to be exerted towards reinforcing the existing political, economic, cultural and diplomatic ties between the two countries.

Likewise, the South African Ambassador to Eritrea, Prof. Iqbal Jhazbhay, explained that the present festival would be marked annually in a manner that would enhance the political, economic, cultural, as well as diplomatic relations between Eritrea and South Africa.

Moreover, Ambassador Iqbal also indicated that the two countries would strive to exert joint efforts in the international arena. He said that his country condemns the unjust and illegal sanction resolutions against Eritrea.

According to reports, cultural performances staged at the festival added color to the event.

In the course of the meeting the Ambassador explained that Eritrea is working on priority basis, coupled with substantial investment towards promoting education, and expressed Eritrea’s readiness to share experience in this regard.

The UAE official on this part expressed his country’s readiness to foster partnership cooperation for mutual benefit. He further voiced readiness to enhance meeting with pertinent Eritrean government heads.

It is to be recalled that Ambassador Osman met with the UAE Minister of Energy, Mr. Suhel Al-Mezruie, on fostering bilateral relations and cooperation of partnership.