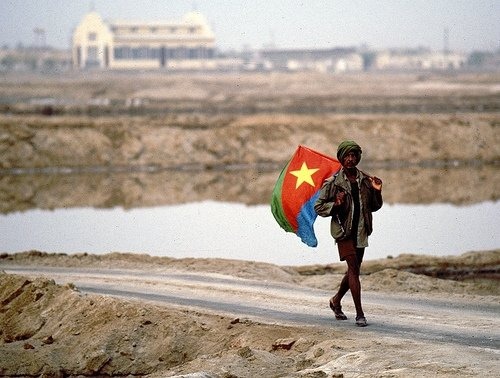 Asmara  (HAN) October 27, 2015 – Public Diplomacy and Regional food Security Initiatives News. Veteran fighter, Ainealem Mariqos Seghid (Jo) passed away on October 26th this week after a long illness.  Freedom fighter Ainealem Mariqos joined the EPLF in 1978.  Before joining the liberation struggle, he was a lecturer and researcher in US universities, where he had obtained his Masters Degree on Geography, as well as in Asmara University.

Mr. Ainealem served in various capacities in the EPLF until independence.  He was Director General for Adult Education at the Ministry of Education; Head of Training at the Commission of Demobilization  and involved in the preparation of text books in the subsequent years until his death.