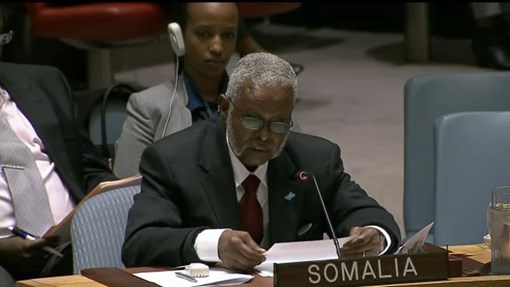 Nairobi (HAN) October 24, 2015 – Public Diplomacy and Regional Security and stability Initiatives News.  UN Security Council decided to keep in place the arms embargo on Somalia and Eritrea imposed in 2009 in a resolution adopted on Friday, citing that “Al-Shabaab continues to pose a serious threat to the peace and stability of Somalia and the region.”

The council reiterated that “the arms embargo on Somalia shall not apply to deliveries of weapons, ammunition or military equipment or the provision of advice, assistance or training, intended solely for the development of the Security Forces of the FGS(Federal Government of Somalia), to provide security for the Somali people,” said the resolution.

The council also expressed “serious concern at the increasing difficulties in delivering humanitarian aid in Somalia, condemning in the strongest terms any party obstructing the delivery of humanitarian assistance, as well as the misappropriation or diversion of any humanitarian funds,” it said.

Moreover, the council reaffirmed “the ban on the import and export of Somali charcoal,” welcomed the efforts of the Combined Maritime Forces (CMF) in their efforts to disrupt the export and import of charcoal to and from Somalia, as “the charcoal trade provides funding for Al-Shabaab”.

The council called on “Eritrea to cooperate with the SEMG, including on public finance issues, in accordance with the SEMG’s mandate, in order to demonstrate that Eritrea is not violating the terms of relevant Security Council resolutions.”

The resolution was adopted with 14 votes in favor and Venezuela abstaining.

During discussion before the voting, Venezuela raised objections regarding the phrasing on whether or not there are links between Eritrea and Al-Shabaab and the interrelated issues of Eritrea’s cooperation with the Monitoring Group and transparency in public finances.

In October 2014, the Security Council adopted a resolution authorizing the inspections of vessels suspected of carrying charcoal from Somalia, a measure aimed at tightening a charcoal export ban and cutting off a significant revenue source for Islamic extremist group Al-Shabaab.

In 2009, the UN Security Council slapped sanctions on Eritrea for supporting the al-Qaida allied Islamist militants in Somalia. The country denied any backing to Al-Shabaab, and has appealed many times to the Security Council to lift the sanctions.xiahuanet