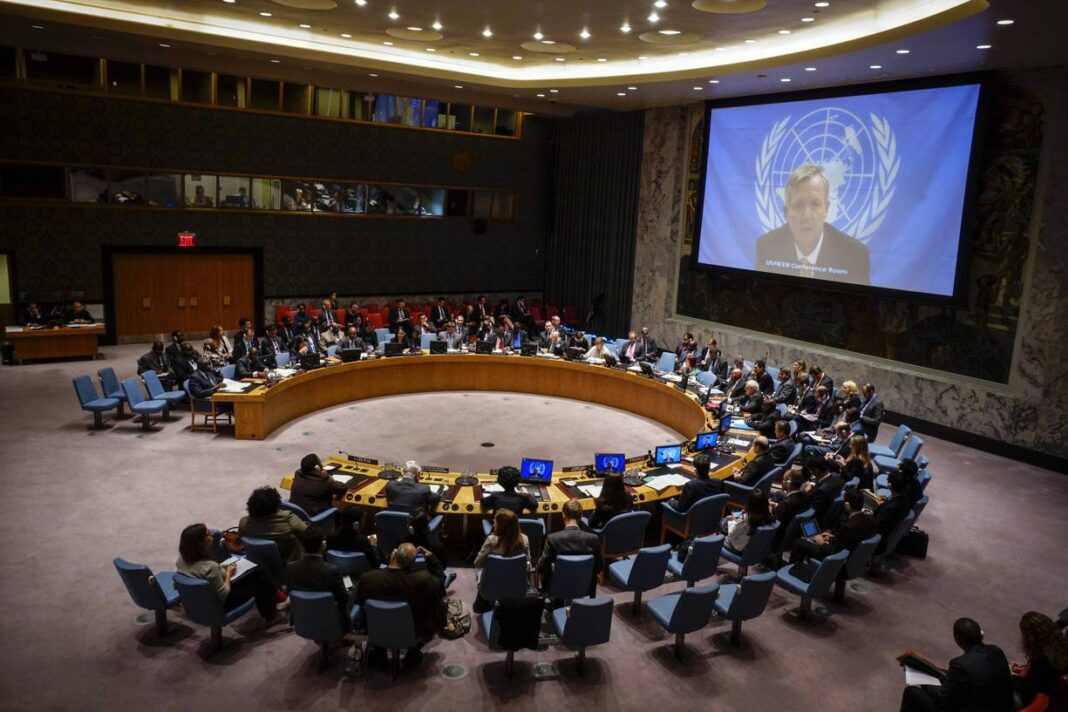 TORONTO (HAN) October 20, 2015 – Public Diplomacy and Regional Investment Initiative News. The UN released The Somalia Eritrea Monitoring Group’s annual report yesterday. Predictably, the Monitoring Group created another reckless allegation when it claimed, “Group has received credible information that Eritrean soldiers are embedded with the United Arab Emirates contingent of the forces fighting on Yemeni soil.” The group provided no evidence for its claim, but did say the information came from its “credible sources” (Ethiopian regime?).

If this false story sounds familiar, it should. In 2006, the group made a similar allegation when it claimed over 2,000 Eritrean troops were in Somalia fighting alongside the Islamic Courts Union. Nearly a decade later, the group has yet to admit it was wrong or give an apology for its false allegation.

Throughout its mandate, the Monitoring Group on Somalia and Eritrea kept the Government of Eritrea fully informed of its lines of investigation and sought to include its views and input in the report, based on their substantial value and as they related to the mandate. Its repeated requests notwithstanding, the Group was not permitted to visit Eritrea during its mandate and did not obtain the Government’s full cooperation, contrary to Security Council resolution 2182 (2014).

During the mandate, Eritrea forged a new strategic military relationship with Saudi Arabia and the United Arab Emirates that involved allowing the Arab coalition to use Eritrean land, airspace and territorial waters in its anti-Houthi military campaign in Yemen. The Monitoring Group understands that, as part of the arrangement, Eritrea has received compensation from the two countries, including monetary compensation and fuel supplies. Any compensation diverted directly or indirectly towards activities that threaten peace and security in the region or for the benefit of the Eritrean military would constitute a violation of resolution 1907 (2009). Moreover, the Group has received credible information that Eritrean soldiers are embedded with the United Arab Emirates contingent of the forces fighting on Yemeni soil. If confirmed, this would constitute a clear violation of that resolution.

The Monitoring Group investigated a consignment by the Red Sea Corporation aboard the Shaker 1. The vessel docked at the Eritrean port of Massawa in January 2015 after leaving Port Sudan with weapons en route to an arms exhibition in the United Arab Emirates. The Group has in the past documented the role of the Corporation in trafficking weapons from the eastern Sudan to Eritrea, as well as its practice of mislabelling containers in order to conceal their true content from detection. While the Group found no violation of the arms embargo, it did find inconsistencies in the information that it uncovered about the stop in Massawa and noted patterns consistent with the Corporation’s established modus operandi.

The Monitoring Group found no evidence that Eritrea was supporting Al-Shabaab. It did, however, find that Eritrea was continuing to support and harbour some regional armed groups, including a newly formed unified front of armed Ethiopian opposition groups, the Tigray People’s Democratic Movement (TPDM) and the military leader of Ginbot Sebat.

TPDM remains the most significant armed Ethiopian group being trained, financed and hosted inside Eritrea. The Monitoring Group understands that a contingent of TPDM fighters is stationed in the western region of Eritrea, near the Sudanese border, as well as in and around Massawa. Moreover, TPDM has joined the newly formed unified front of armed Ethiopian opposition groups. In September 2015, it witnessed its highest-level defection to date when its Chair, Mola Asgedom, escaped to Ethiopia following political disagreements with the leader of the unified front. The Group is continuing to ascertain the significance of the defection.

The Monitoring Group understands that Eritrea continues to maintain an informal economy controlled by the People’s Front for Democracy and Justice (PFDJ) involving hard currency transactions through an obscure, non-transparent network of business entities that are owned by the State and managed by senior officials of the Government, PFDJ and the military, just as most companies in Eritrea.

The lack of financial transparency continues to create structural difficulties and limits the Monitoring Group’s ability to assess the country’s compliance with resolution 1907 (2009). The Group is especially concerned at the overall lack of public financial transparency at a time when international and multinational organizations are pledging monetary aid to the Government.

The Monitoring Group has received testimony from multiple sources in the Eritrean diaspora and host country authorities that the Government continues to impose extraterritorial taxation requirements on Eritrean citizens living abroad. It appears that citizens are now advised to submit payment directly to Asmara. As previously found, a refusal to pay the tax often results in a denial of the services offered at consulates and embassies.

The Monitoring Group notes that the Government continues to maintain a complete lack of transparency with regard to mining revenue. The Group has closely monitored a court case filed in Canada over the alleged use of forced labour and inhumane treatment at the Bisha mine in Eritrea, which is operated by a Canadian company, Nevsun Resources Limited. According to the complaint, the Government forced conscripts to provide labour to the following government contractors: Segen, owned by PFDJ, and Mereb, owned by the Eritrean military. The Group found that Nevsun had hired Segen and Mereb to provide labour in an arrangement where they paid workers far less than the amount that they were charging Nevsun for the labour. It is suspected that the difference is being withheld by Segen and Mereb, and thus, by extension, by the Eritrean military and Government.

The Monitoring Group continues to note the lack of any progress on article 3, concerning prisoners of war, of the Comprehensive Agreement, signed on 6 June 2010 by Djibouti and Eritrea under the auspices of the Government of Qatar. During its mandate, the Group was informed of an incident involving the kidnapping of a soldier from Djibouti in the territory separating Djibouti and Eritrea in July 2014. Moreover, the Government of Djibouti provided the Group with a list of names of Eritrean prisoners that it claims to be holding, as well as prisoners of war from Djibouti whom it claims are missing in action as a result of the border clashes of 10 to 12 June 2008 between the two countries. The Government of Eritrea has yet to acknowledge that it holds combatants from Djibouti or to provide any information on their current condition. Madote