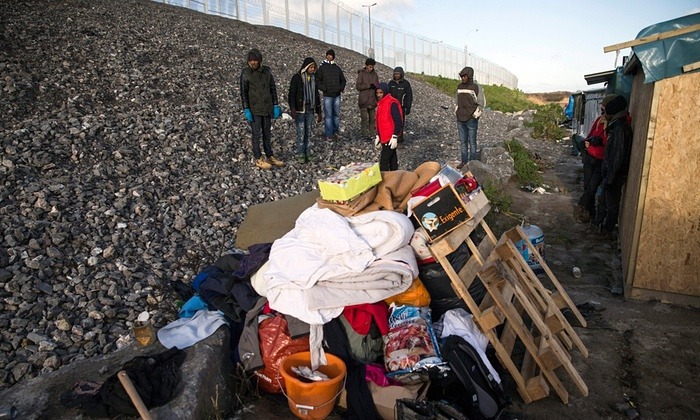 ASMARA (HAN) January 25, 2016 – Public Diplomacy and Regional Stability Initiatives News. The Home Office is using misleading and biased information to decide the fate of Eritrean asylum seekers, an independent report has found, as its author claims the government distorted evidence to make it easier to reject them.

The report, published on Friday, analysed two Country Information Guidance (CIG) documents issued by the Home Office last year. The advice says that it is now safe to return asylum seekers to the east African country.

But an inquiry by the Independent Advisory Group on Country of Origin Information, has concluded the policy recommendations made in the documents are “completely divorced from relevant objective evidence”. Its report adds that unless the CIG advice is completely rewritten, the Home Office unit responsible for producing them will be “viewed as totally lacking credibility”.

Dr John Campbell, the author of the report, said the findings were damning. He alleges the documents rely heavily on a discredited Danish report, misquote sources, blur policy and “facts”, and fail to acknowledge significant human rights issues in the country.

He said: “The Home Office report does not conform to the professional standards which country information reports are expected to meet. Instead it is based on a highly selective use of information and it deliberately distorts information to support its own conclusions, namely that it is now safe for the UK to return Eritrean asylum seekers to their home country.”

There remain significant international concerns over human rights breaches in Eritrea, including the forced conscription of children and elderly people into military service and the rape of female conscripts.

“An undergraduate would be failed for this sort of thing,” said Campbell, a reader in the anthropology of Africa and law at the University of London, who has been a country expert on asylum claims from Eritrea and Ethiopia since the mid-1990s.

The report concludes that “the only possible way forward for the Home Office is to completely rewrite both CIG reports”, including recommending that approximately 20% of one of the reports should be deleted.

Eritreans account for the largest group of people applying for asylum in the UK, with 3,726 Eritrean nationals applying in the year ending September 2015.

The Home Office advised it was not safe to return most asylum seekers to Eritrea until it controversially updated its country advice in March 2015, claiming that citizens who left Eritrea without permission – many of them to escape its infamous indefinite military service – would not face persecution if they returned. The advice resulted in the number of Eritreans granted protection in the UK plummeting from a 73% approval rate in the first quarter of 2015 to 34% in the second quarter.

The Home Office guidance also stated that Eritrea’s indefinite national service had been shortened to between 18 months and four years. However the independent report released on Friday is scathing of this claim, saying it is based upon assurances from the Eritrean government that have not been supported by any policy announcements or evidence.

“The CIGs have a total over-reliance on one source [the Danish report] which bucked the trend of all objective evidence on human rights in Eritrea,” said Campbell.

“I’ve looked at each of the arguments [the Home Office] have made and the forms of evidence they used. Not only have they misquoted sources but they’ve disregarded a whole range of material that bears on the question of whether it’s safe to return, such as: are there independent courts in Eritrea?”

The report also says the Home Office guidance ignores well substantiated evidence from various sources that children are forced to participate in the country’s indefinite military service and have been sent to war as child soldiers.

“Making decisions about whether or not to grant refugee protection is often a matter of life or death, yet the government’s own statistics reveal it gets a staggering number of decisions on Eritrean cases wrong,” said Maurice Wren, the chief executive of the Refugee Council.

“The government should not let its obsession with controlling immigration override its legal and moral responsibility to protect refugees.”

Campbell said: “There are roughly 2,000 Eritreans a month who are leaving their country. We’re talking about a lot of human lives. A lot of human suffering is being caused by this policy.”

According to Campbell, unless the Home Office revises its guidance, it will be left with a “dead policy”, which the asylum claims tribunal will not be able to use.

“They will have to revise it, absolutely. Increasingly the evidence I use is going to be used by other immigration lawyers and the sector will have a dead policy because the tribunal will not be upholding the guidance,” he said. The Home Office has not responded to requests for comment.