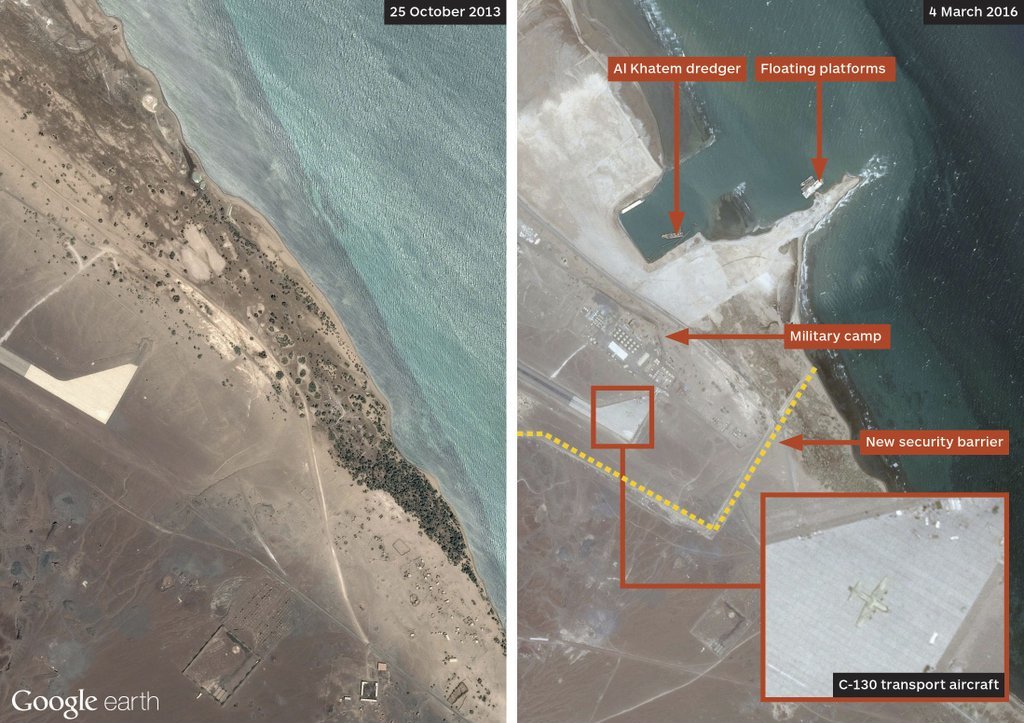 EDMONTON (HAN) April 16.2016. Public Diplomacy & Regional Security News. The United Arab Emirates (UAE) appears to be constructing a new port next to Assab International Airport in Eritrea, which could become its first permanent military base in a foreign country.

Satellite imagery shows rapid progress has been made since work began sometime after September 2015. A square of coastline measuring about 250×250 m has already been excavated and dredged, while a pier and/or breakwater is being constructed and already extends over 700 m from the original coastline.

IHS Maritime & Trade data show that two vessels are currently working at the site.While neither have IMO numbers, one that has been at the site since 16 February is using the MMSI number 470331100 and the name Al Khatem . 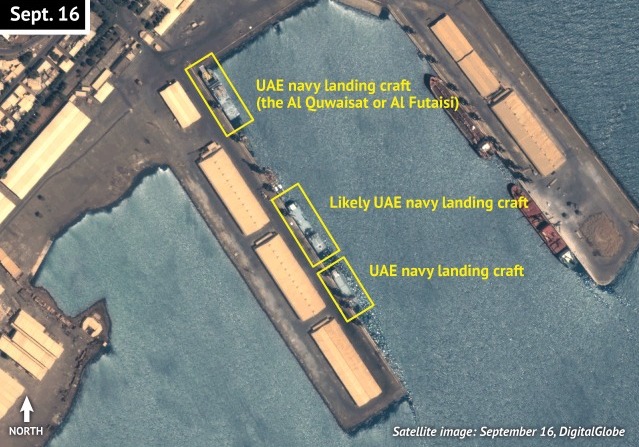