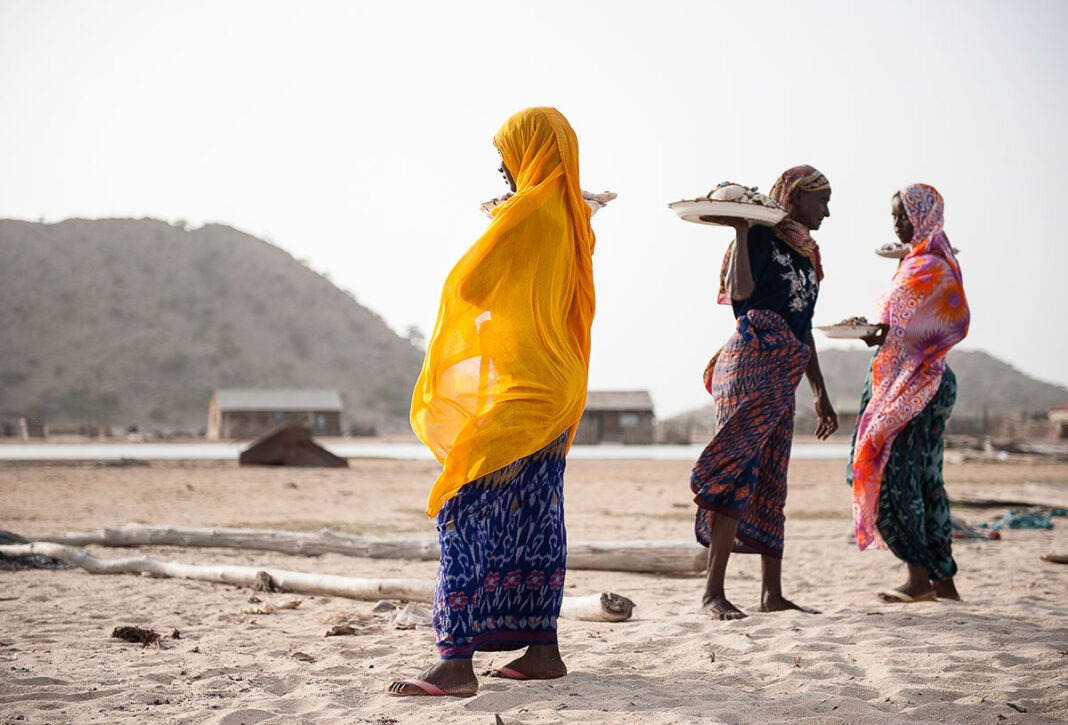 Share on Facebook
Tweet on Twitter
ASMARA (HAN) October 13. 2020. Public Diplomacy and Regional Stability Initiatives News. Monitoring Regional Issues. Statement by Afar Al-Red Sea for Human Rights, regarding the arbitrary arrests of a number of mothers and children in (Adili), Qalalou Directorate, north of Afar Al-Red Sea Region.
The authorities of the Eritrean regime continue their repeated attacks and aggressive policies against Afar citizens in a number of districts in Afar Al-Red Sea region, narrowing them down and continuing practices of ethnic cleansing and forced displacement against them, including siege, starvation and arrests Arbitrary aimed at removing them from existence in different styles and agenda.
Recently, the security forces and army of the Eritrean government have been carrying out arbitrary raids and arrests involving entire families in Qalalou district, north of Afar Al-Ahmar region, specifically large-scale arrests involving several families in the area (A) ) Qalalo district in the morning of the sixth of this October 2020
The oppressive authorities have taken seven families consisting of children and mothers, some of whom are pregnant in recent months to the prison of the city of Sanafi under the pretext of leaving their husbands, and our organization has monitored the number of detained children and the names of the arrested mothers as follows :-
1-Halima Muhammad A Ismail
2-Fatima Muhammad Abu Baker.
3-Khamisi Ali Abu Bakr.
4-Eve Muhammad Abu Baker.
5-Aisha Saleh Adam
6-Radha Abdullah, with three of her children – daughter and two sons, all under the age of 6
Afar Red Sea Organization for Human Rights confirms that the oppressive Eritrean authorities are carrying out bad and cruel measures against mothers and children arrested, and violates every day, deliberately, systematically and over long years since they seized power, the rights of Afr citizens and The rights of children and mothers, silence on these deliberate and repeated rights violations, which amount to crimes against humanity, will be released by the oppressive authorities, and continue their policy aimed at eliminating Afar Red Sea people in Eritrea.
So we renew our call and call upon all regional and international organizations and the international community to discharge their responsibilities and to speed up all the necessary ways and actions to stop these inhuman practices and put pressure on the Eritrean authorities; no Obligate it to stop ethnic cleansing and forced displacement policy, targeting mothers and children, stop impunity policy, commit it to all international charters and human rights instruments, and immediately release all detainees in Eritrean prisons, especially Children and women of them unconditionally.
Afar Red Sea Organization for Human Rights