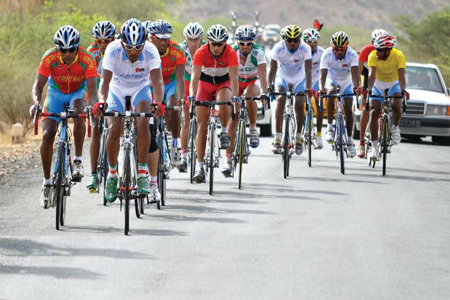 At the overall competition of the tour the Eritrean cyclists demonstrated remarkable performance. As a result Eritrea became the winner of the overall Tour Eritrea 2016.

According to reports, 8 Cycling Teams including three from Eritrea, Rwandan, Egyptian and Sudanese National Teams, Clubs Amore Vita from Italy and Bike-Aid Team from Germany participated in this year’s Tour of Resilience and Development.

In another sport news the Eritrean athlete Girmai Gebreselasie, the winner of the Beijing Marathon Olympics, stood 4th at the London Marathon and Gebre Kibrom 10th. Kenyan athletes Elued Kipchege and Stanley Biwot and the Ethiopian athlete Kenenesa Beqele stood from 1st to 3rd respectively.