Home frontpage Eritrea Top 10 Most Corrupt Countries With Somalia Being Ranked at The... 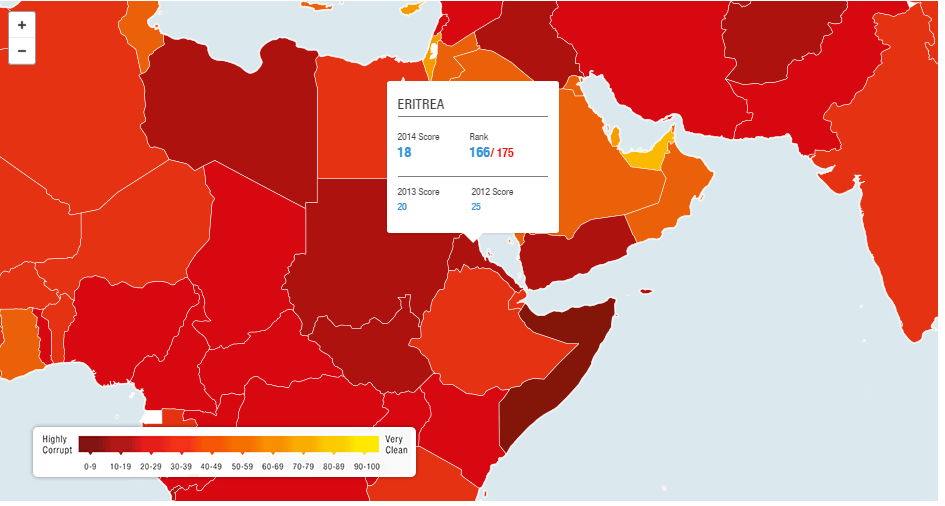 m around the world, the Corruption Perception Index measures the perceived levels of public sector corruption worldwide (175 countries and territories). Results for 2014 have just been

published and they once again paint an alarming picture since not one single country got a perfect score and more than two-thirds score below 50 on a scale from 0 (highly corrupt) to 100 (very clean).