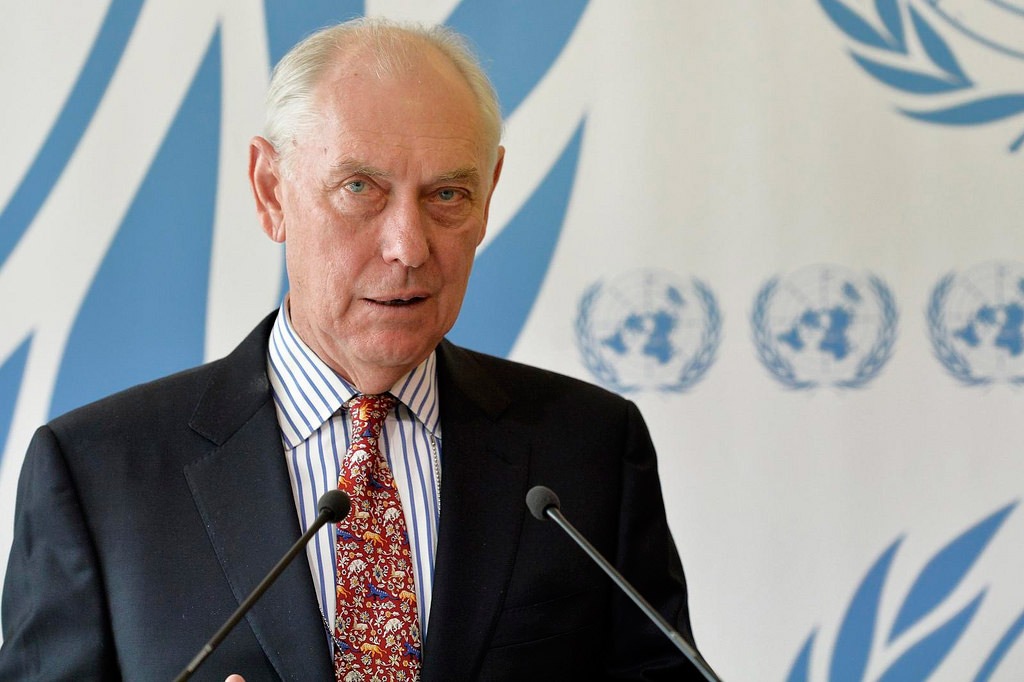 New York (HAN) June 24, 2015 – Public Diplomacy and Regional Humanitarian Security News – The Commission of Inquiry on Eritrea presented its report to the United Nations Human Rights Council. Swiss police were guarding three U.N. investigators into Eritrea’s human rights record in Geneva on Wednesday after a top official said they had received threats on the street and at their hotel.

The inquiry’s report published earlier this month showed human rights violations in Eritrea that may amount to crimes against humanity, including extrajudicial killings, widespread torture and enforced labor.

Eritrean ambassador Tesfamicael Gerahtu was upbraided by Ruecker for telling the council that the commission was “ignorant”, that it had “a sinister political agenda” and that their report – based on 550 interviews and 160 written statements – was “a travesty of justice”.

Keetharuth said the threats were “specific”: Eritrean government systematically spies on individuals and entities inside and outside Eritrea, the U.N. investigators inquiry’s reported.

Acording to Geeska Afrika Online reader Hebron Wedi, who said “threat and act of intimidation of the Eritrean regime against the inquiry shows the true bizare character of the regime”

Eritrean IGAD’s neighbors of Ethiopia, Djibouti and Somalia are backing a Human Rights Council resolution to extend the team’s mandate for a year to enable it to say if crimes against humanity were committed and to ensure “full accountability”.