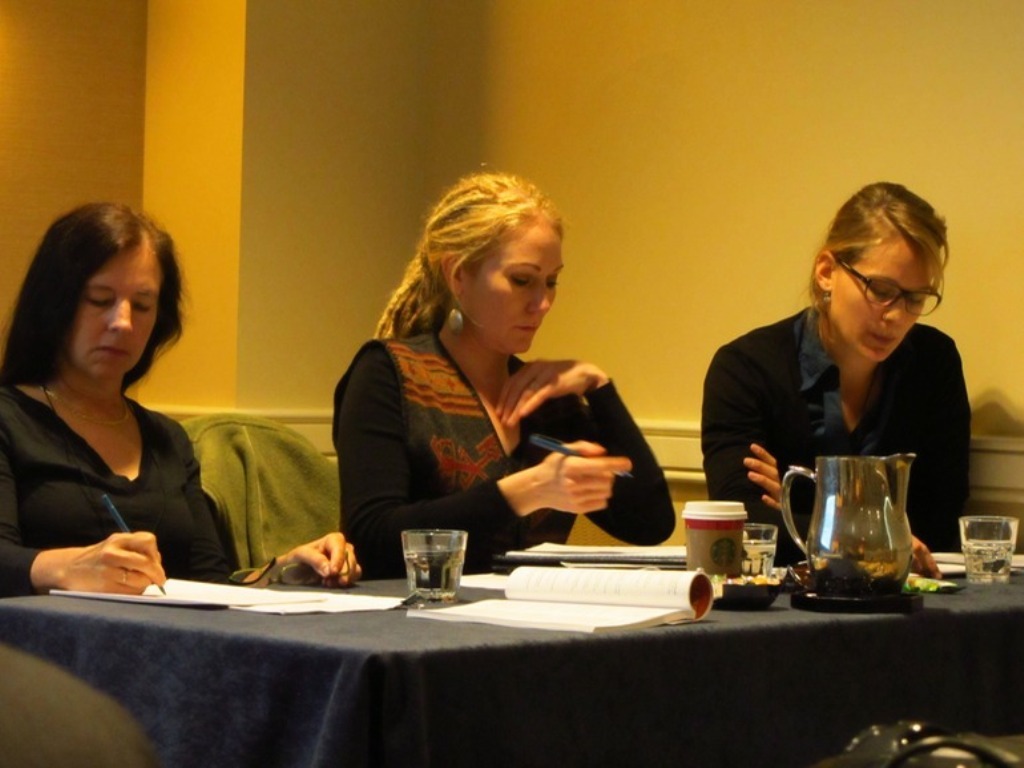 Knoxville (HAN) September 21, 2014. Expert Analysis, Your Power & Regional Influence Magazine, opinion page. On Eritrea: Cross-Talk Without Dialogue by Maximilian Forte (zeroanthropologynet), What follows immediately below is a letter sent to Maximilian Forte by email. Beneath that is  academic response.

By what logic, if any, does Zero Anthropology function? If in light of the controversy that erupted with the publication of Sophia Tesfamariam’s outline and condemnation of western anthropologists working to support regime change in her native Eritrea, Zero Anthropology for its part fails to criticize the Eritrean government for its alleged militarization

We are among an international group of researchers:  social scientists, historians, legal scholars and journalists,  with decades of experience working on the Horn of Africa country of Eritrea and the Eritrean diaspora. We are citizens and/or residents of many countries: Eritrea, Canada, the US, Switzerland, the Netherlands, Norway, Italy, Germany, and the UK. While our perspectives and orientations differ, our research foci have largely converged around the critical interpretation of patterns of political intolerance precipitated by a militarized, authoritarian regime in power since 1991. Because of these patterns of intolerance we have all been targeted to varying degrees by the regime and its supporters – and sometimes its opponents as well. Some of us have been threatened physically and/or prevented from returning to Eritrea. Many of us have endured repeated attacks on our personal and professional integrity and efforts to discredit our research findings by suggesting that we are working as agents of foreign governments and/or intelligence agencies. In some cases information about our backgrounds and funding sources has been misrepresented to support conspiracy theories about our “real” motives or identities. Such dynamics are not unusual. In countries around the world – especially highly militarized ones, whether of the left, right, or neoliberal variety – researchers have faced similar efforts to discredit, silence, intimidate and curtail freedom of thought, information, and conscience.

Recently we were named in a “controversy” promoted on the website/blog and Facebook page called Zero Anthropology (zeroanthropology.net). The “controversy,” as it was named by Zero Anthropology’s principal author, Dr. Maximilian Forte, refers to an article by Ms. Sophia Tesfamariam, a vocal Eritrean-American supporter of the regime. In the article titled “ERITREA:  The Modern Day Carpetbaggers and Scalawags – Final” (facebook.com/zeroanthropology/posts/769446439779607).

Tesfamariam collectively characterizes our research, professional publications, conference activity, and public outreach or advocacy work as constituting an effort to “’sensitize’ the American and European public so that any actions of their governments [against Eritrea] will then be easily accepted.” She lists a decontextualized series of publications we have produced and venues where we have spoken, as well as academic agencies that have funded our work, as “evidence” of our corruption. She equates our empirical findings and the advocacy work some of us have done on behalf of or in collaboration with Eritrean refugees and human rights activists as colluding with interventionist or opposition efforts to destabilize and overthrow the regime in Eritrea. Much of the information she provides is inaccurate or unsubstantiated and she dismisses the validity of our scholarship without engaging its substance.

Tesfamariam’s article, the derisive tone it uses, and the unsubstantiated charges it levels is the latest in a long tradition of character assassination attempts. For decades, similar ad-hominem attacks on researchers and on Eritreans who critique the regime have been launched by regime supporters, including Ms. Tesfamariam.  Over the years many of us have tried to correct these inaccuracies and address these accusations by engaging critics in productive dialogue and debate. With few exceptions we have discovered that the use of logic and reason cannot effectively counter the irrationality and conspiracy-theory orientations of these “debates.”

Rooted in such experience and context, we do not see Tesfamariam’s article as constituting “a controversy.” Nor will we here address point by point the many inaccuracies and mischaracterizations she levels at us collectively and individually. Several of us have engaged the substance of similar arguments made by Ms. Tesfamariam and by other regime supporters in our published work and at various conferences and venues because these reflect dominant patterns in much of Eritrean political discourse (particularly in the diaspora). Attempting to correct her misinformation invites further abuse. Character assassination stifles debate under the guise of provoking it.  We would welcome a serious critique of our work which would require engaging with the ideas and arguments we advance and the methods and data we use to support them. A debate of that kind, unlike personal attacks, would actually have the possibility of contributing to the understanding of Eritrean politics, as well as promoting the understanding of social science theories and methods.

We are therefore disturbed that Dr. Forte and Zero Anthropology would link to and endorse Tesfamariam’s potentially libelous allegations against a large group of fellow researchers on an online public forum without first examining the context of research on Eritrea and/or contacting any of us. What we find controversial is how Forte facilitated and participated in a very serious attack on his colleagues. His link to Tesfamariam’s article on Zero Anthropology’s Facebook page is prefaced with the following statement: “This article outlines and denounces the work of US anthropologists in Eritrea in US-funded campaigns backing political opposition in the country. The author of the piece is a prominent Eritrean American activist. Those involved in the AAA [American Anthropological Association] should have a close look and perhaps consider further action.” And in his related article on Zero Anthropology, titled “Militarization: It’s All the Same, Everywhere. Or Is It?” he implies that researchers on Eritrea do not critically reflect on dynamics of militarization in countries other than “tiny little Eritrea all the way across in Africa.” Had he been familiar with our work or knew any one of us personally or professionally, we doubt he would have made such statements.

While it is true that some of us have interfaced with international human rights organizations, stated positions on sanctions and arms embargoes on Eritrea from a critical human rights perspective, or have engaged with officials in various governments about the problems in Eritrea that produce high numbers of refugees and asylum seekers, these are matters of our own conscience and we each take nuanced positions rooted in careful research and years of understanding of the Eritrean situation. Scholars who study Eritrea indeed disagree among ourselves about the merits of these positions and whether these are the best methods for applying our empirical knowledge. Many of us explicitly address these tensions in our work. And while some of us have received research funding from private academic foundations and federally-funded sources, there is a difference between social science funding and that related to national security objectives (e.g. the National Science Foundation is not the Department of Defense). Our activities or orientations do not equate to intelligence gathering, promotion of militarized interventions in Eritrea, or to “US-funded campaigns backing political opposition in the country.” These are gross misinterpretations that Forte has promoted in a most irresponsible manner.

We understand from the content of Dr. Forte’s work that he is deeply opposed on political, ethical and moral grounds to the use of anthropological and other academic knowledge in the context of interventionism, militarism, and covert intelligence gathering. We respect and appreciate this position. Some of us agree wholeheartedly with him and this same position has informed our own critiques of patterns of political repression and militarization in Eritrea and in the countries where Eritreans reside. We are gravely disturbed that a scholar of Forte’s standing rushed to endorse Tesfamariam’s allegations and helped manufacture a public controversy that is potentially damaging to our professional and personal lives and stifles effective dialogue. We are equally troubled that he responded to efforts by one of us to address this “controversy” on the Facebook page of Zero Anthropology with statements such as the following: “Why not write honestly, and engage in full disclosure of your own services to Western governments that have targeted Eritrea with sanctions?” and “No wonder then that so many Africans hate us…it is with ample justification, thanks to people like you.” Such statements do not constitute the “debate” Forte has claimed he is inviting. They constitute abusive speech and unprofessional conduct.

It may have been Tesfamariam’s aim to silence, discredit, and defame scholars of Eritrea. We do not know if that was also Forte’s aim. However, as a result of his promotion of Tesfamariam’s piece and this “controversy,” several of us have received renewed threats and further abusive messages by regime supporters. We have noted with consternation that the “controversy” is being picked up on various websites and Twitter feeds, highlighting why scholars who use the internet to promote “debate” or air “controversy” must observe careful standards of professional and ethical conduct. We have every reason to believe threats will continue against us for some time.

To reiterate, the controversy here is not that some people find critical scholarship on Eritrea objectionable, but that an otherwise critical scholar like Forte would carelessly promote and publicize ungrounded, personal attacks on fellow researchers. If anything, this episode illustrates the truth of Albert Camus’ observation that “Intelligence in chains loses in lucidity what it gains in intensity.” We hope that this “controversy” can be re-contextualized for what it reveals about how regimes of power can hijack discourses of human rights and social justice, confusing otherwise intelligent individuals regardless of academic credentials.