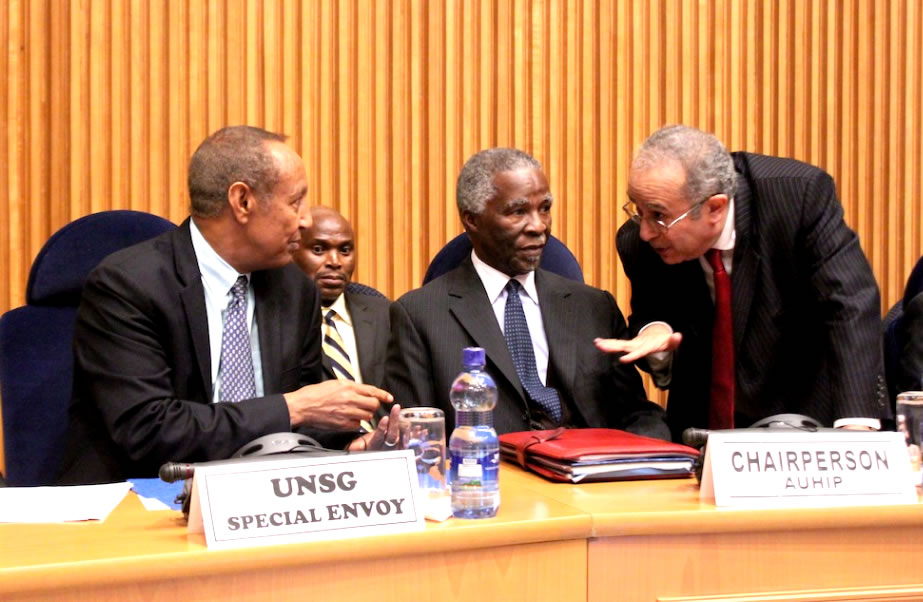 Menkerios said in a press statement that the meeting discussed the progress concerning procedures of national dialogue and actions taken by the National Congress (NCP) in this regard.
Haile Menkerios  stressed the importance of confidence building between the parties via dialogue supportive standards, lauding the decision of the President of the Republic, which gave political parties the freedom to exercise their political activities.

The UN official urged the SPLM, Northern Sector and armed groups to consider the dialogue and their serious participation in this connection. Because of South Sudan Crisism SPLM-N team leader Yasser Saeed Arman disclosed that hey held a meeting on Sunday with Haile Menkerios, the UN Secretary-General’s envoy to Sudan and South Sudan, on the situation of Sudanese refugees in South Sudan.

He affirmed the UN support to the President of the Republic and NCP position for carrying out comprehensive and transparent dialogue, referring to the United Nations concern to ensure the implementation of the decisions taken in this regard. Menkerios expressed hope that the government and the SPLM, Northern Sector, will reach an agreement during the upcoming negotiations in order to ensure the delivery of aid to civilians affected by the conflict on the two regions.

Haile Menkerios revealed the United Nations will send a UN high-level delegation to contact the two warring parties in South Sudan and provide protection to the trapped Sudanese refugees.