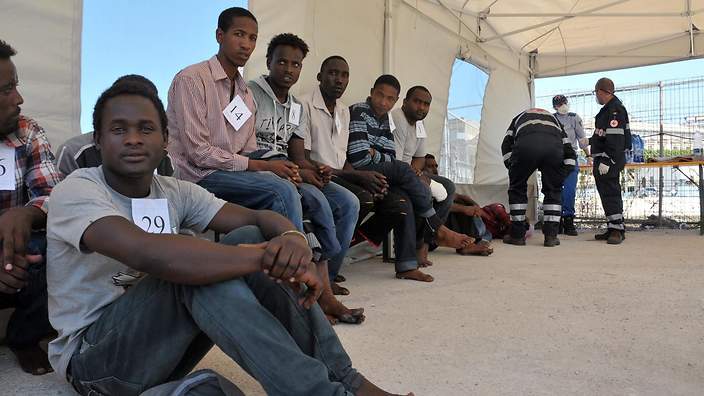 Every month some 5,000 Eritreans defy the “shoot on sight” policy of their country’s border guards and escape on foot to neighboring Sudan and Ethiopia. Eritreans now make up the fourth largest group of asylum seekers in the European Union, and second largest group to arrive in Italy by boat after the Syrians. Unlike the Syrians, however, they are not fleeing civil war. Instead, they are escaping indefinite military service and repressive measures, such as forced labor and widespread imprisonment, that may, according to a recent UN inquiry, constitute crimes against humanity.

Eritrea’s descent into its current humanitarian crisis began with its 1993 independence. President Isaias Afwerki made a set of bad foreign policy choices that entangled the country in conflicts with each of its neighbors. Eritrea began a proxy war with Sudan in 1994, only one year after gaining independence. Two years later it instigated a war with Yemen by forcefully taking over the disputed Hanish Islands in the Red Sea. And as recently as 2008, it was engaged in border skirmishes with Djibouti that resulted in several dozen casualties. Of the many conflicts that Afwerki started, the most consequential was the border war with Ethiopia in 1998, which claimed an estimated 100,000 lives.

Asylum seekers from Eritrea and Sudan await processing at the Italian port of Siracusa.SBS/Photo