Home Eritrea Eritrea: The Questions no One is Asking 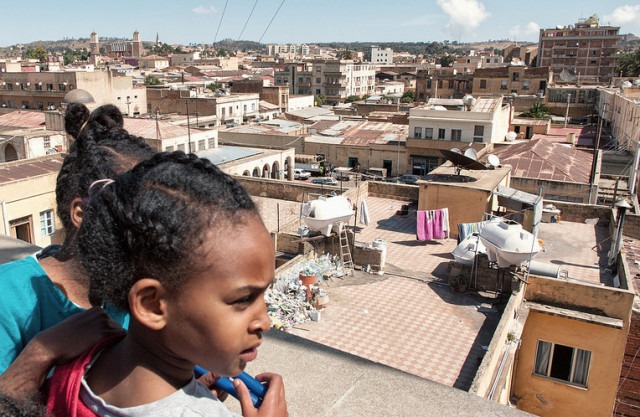 ASMARA (HAN) January 6, 2016 – Public Diplomacy and Regional Stability Initiatives News. By: Valerie Frank. In one of the latest major media reports on the large numbers of refugees fleeing Eritrea, the BBC followed in the footsteps of many of its predecessors.

In the ‘Exodus from Eritrea’ radio discussion, the BBC World Service began by asking why so many Eritreans are leaving the country. In response, the discussants mentioned the usual suspects: the country’s indefinite national service; UN sanctions over outdated reports of Eritrean assistance to al-Shabaab; Ethiopia’s occupation of the disputed town of Badme; economic collapse; and human rights abuses.

The programme then asked what can be done to stem the flow of refugees. On this question, the idea of enhancing international engagement with Eritrea on issues of trade and investment was proposed as well as greater support regarding border demarcation and increased aid. Attention was drawn to the fact that isolation and punitive measures aimed at the ruling PFDJ has so far failed to bring Eritrea “in from the cold“.

Like many a video or article before it, this BBC discussion helped fill the large gap in public knowledge about the Red Sea state. However, also like its many counterparts, the show followed a tried, tested and tired format, covering the same old issues and leaving many more pressing questions unasked and unanswered.

Framed in this way, the explanation of ‘indefinite national service’, which has existed for decades, is clearly inadequate. Instead, new questions arise such as: Has there been a profound change of conditions within Eritrea recently? And are the Eritreans now arriving in Europe coming directly from their homeland, or have they spent considerable time in camps in Sudan and Ethiopia, only deciding to come to Europe more recently?

Another under-explored avenue regards the ages of Eritrean migrants and refugees. Recent coverage has suggested that the age of those leaving the country has been reducing, but few have questioned why this might be. Is this trend reflective of a changing pattern of movement? If so, why are families sending children aged under-10 out of Eritrea? Could it be to begin the children’s linguistic and social integration elsewhere as early as possible?

In the BBC’s Newshour report which dwelled on this topic briefly, Feruz Werede suggested that more Eritreans were leaving in their early-teens to pre-emptively escape conscription. But this does not explain why many of the children reported to be on the move are not yet even of secondary school age.

Typical media coverage also tends to presume that thousands are leaving the country “despite the best efforts of the government to man the borders“. Eritrea has undoubtedly had a ‘shoot to kill’ policy in the past, but anecdotal evidence suggests that this has not necessarily operated effectively over the past few years. This begs the question as to whether the Eritrean government at this point is actually opposing individuals’ exodus from the country.

The PFDJ knows it cannot accommodate the youth within existing political or economic structures, even without the large numbers of individuals the government claims it will soon demobilise from national service. Some Eritreans suggest that tacitly allowing a proportion of youth to flee may constitute a welcome safety valve for the regime in Asmara.

It is also worth noting that the force policing the borders in Eritrea is primarily composed of the same demographic that tends to flee. Are more individuals therefore leaving now because the government does not have the capacity to block the borders or punish their families if they do? Does the success of those who leave strengthen the resolve of those contemplating fleeing? What is the relationship between those leaving, and those − voluntarily or not − staying behind?

Another broader area that recent coverage has also left under-explored regards the apparent signs of transformation in the country. Much of the rationale for international re-engagement with the country relies on three main ‘landmark’ events, which are used to suggest that the government is changing. First, President Isaias Afewerki announced in 2014 that discussions around implementing the Constitution should be restarted. Second, the president announced that the process of demobilising national service recruits would be re-initiated. Third, Eritrea is widely cited as having made “positive and unique” progress in achieving some of the Millennium Development Goals, particularly those related to health.

These are taken as indications of change happening, but to what extent can we take any of these at face value?

It is interesting that the PFDJ is choosing to publicise itself to an international audience, but there has been little justification amongst certain observers as to why signs of change should be taken seriously. There are certainly indications that some new policies are afoot in the country − such as the replacement of the national currency, the Nakfa, and a seemingly more open attitude towards foreign journalists − but the willingness of some observers to trust the PFDJ’s new narrative in the absence of reliable evidence has not been sufficiently explained.

It is notable that in a recent UN report on ‘Innovations Driving Health MDGs in Eritrea’, for example, researchers unable to gather data themselves due to restrictions on expatriate travel within the country had to rely almost entirely on government surveys and Eritrean employees. What repercussions does this have for the reliability of the data?

Similarly, one interviewee on the BBC discussion commended Eritrea’s achievements in health but pointed out that she had been unable to garner the population’s perspective on this while visiting the country. With people too anxious to talk, at what point does the latter shed doubt on the former? And what is the relevance or relationship of improved service provision to people’s right to leave their country?

Reporting on all these issues is clearly immensely challenging. However, journalists and academics have managed to document certain issues, such as human rights abuses, at length through speaking with those leaving the country. This methodology has its shortcomings too of course, but it suggests that opportunities do exist to probe a little deeper and on a more nuanced set of questions.

Answering the same old questions about a little-known country does have some limited value, but exploring the more pressing, current and complex questions outlined above would help shed light on the most recent − and historically unprecedented − dynamics of individuals exiting Eritrea today.