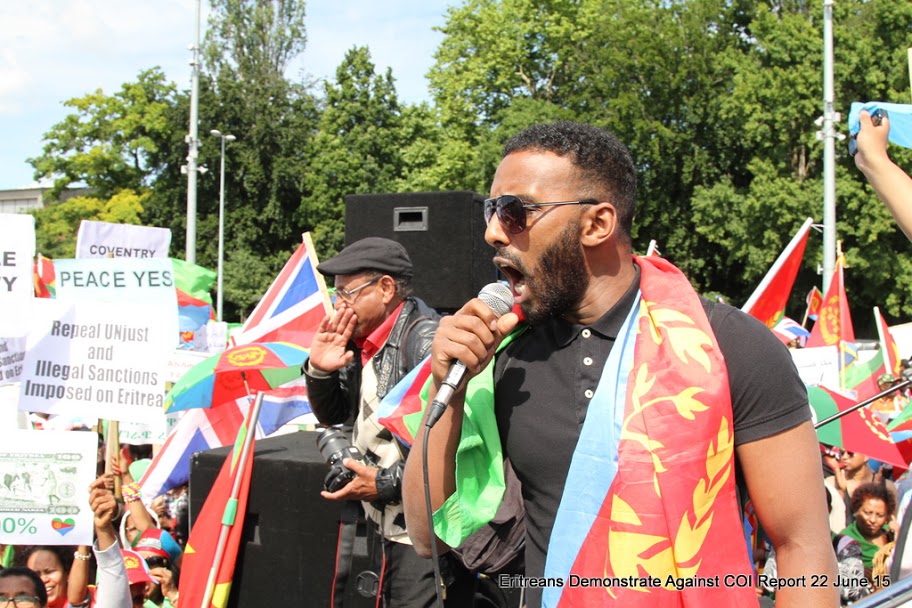 ASMARA (HAN) January 3, 2016 – Public Diplomacy and Regional Stability Initiatives News. By: Sophia Tesfamariam. As Eritreans look back on 2015, it is fair to say that they have come full circle, have had everything thrown at them and come back to the time tested values and principles that have enabled them to achieve success against all odds. Eritrea’s values and principles, cultures and traditions.

Volumes have been produced to give Eritrea and Eritreans a new image by the mainstream media, the NGO and religious “networks”. The people of Eritrea everywhere have put up a resolute collective defiance against the assault. The attacks spared none. Everything from Eritrea’s budding and nascent political institutions to the established cultural and social institutions, to its people, especially the youth, including Eritrea’s tight knit Diaspora communities were targeted. The assault began a few years into Eritrea’s independence and the last decade was fast and furious.

The people of Eritrea have been subjected “hard power” and “soft power” attacks at various times in their history. They have seen violence, warfare, and terror attacks. Ogbazgy A. Asmerom in his 2011 article, “Eritrea: The Land of Determination, Perseverance, and Sacrifice”, sums it up: “…Turkish rule was brutal; Egyptian administration was ugly; Italian rule was racist; British administration was maliciously armed with “divide and rule” tactics; but Ethiopian occupation was the worst of all, the culmination of every brutality. It was as worse as it comes. Ethiopian successive rulers had killed, tortured and brutalized Eritreans…”

The Eritrean People’s Liberation Front (EPLF) called for the people of Eritrea to undo the effects of colonialism consciously-to rid Eritrea of the physical aspects of colonization, ending Ethiopia’s in 1991, but also the psychological, mental, and spiritual aspects which still plagues some.The struggle continues…

Thousands paid with their lives and many more were injured and maimed during the long and bitter struggle for Eritrean independence which ended on 24 May 1991. But just a few years into independence, the people of Eritrea had to once again defend their sovereignty and territorial integrity when Ethiopia launched its aggressive war of invasion and occupation in 1998-2000. Eritrean determination, steadfastness, tenacity, sacrifice and unity were once again needed, to overcome this “hard power” attack. But before the ink on the Cessation of Hostilities Agreements signed between Eritrea and Ethiopia in 2000 had dried, the “soft power” attacks on Eritreans was launched.

Joseph S. Frye, who coined the phrase “soft power”, says: “…Soft power co-opts people. It is a form of power – a means of pursuing national interests… When you can get others to admire your ideals and to want what you want, you do not have to spend as much on sticks and carrots to move them in your direction. Seduction is always more effective than coercion, and many values like democracy, human rights, and individual opportunities are deeply seductive…”

Eritreans were actively targeted and lured by the “attractiveness” of western culture, political ideals and policies. It is fair to say that many were influenced…

Kenyan intellectual Ngugiwa Thiong’o, in his book Decolonising the Mind, calls the weapon of choice, the “cultural bomb” and says: “…The effect of the cultural bomb is annihilate a people’s belief in their names, in their languages, in their environment, in their heritage of struggle, in their unity, in their capacities and ultimately in themselves.

It makes them see their past as one wasteland of non-achievement and it makes them want to distance themselves from that wasteland. It makes them want to identify with that which is furthest removed from themselves; for instance, with other peoples’ languages rather than their own. It makes them identify with that which is decadent and reactionary, all those forces which would stop their own springs of life. It even plants serious doubts about the moral rightness of struggle. Possibilities of triumph or victory are seen as remote, ridiculous dreams. The intended results are despair, despondency and a collective death-wish…”