Home Eritrea Eritrea The Most Peaceful country in the Region: Farah Maalim 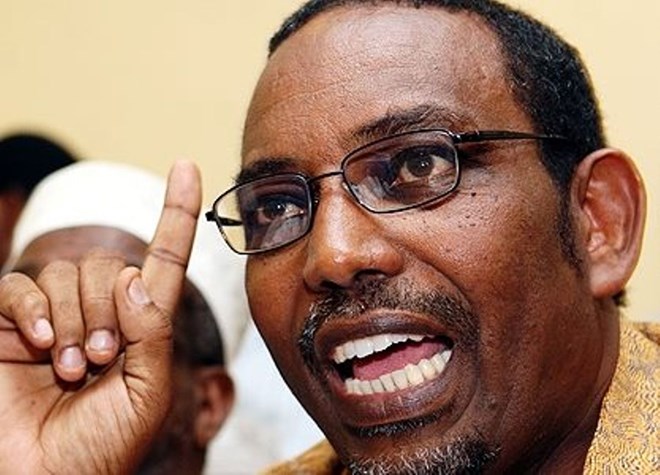 Farah Maalim Mohamed is a Kenyan politician. He is the former Deputy Speaker of the National Assembly of Kenya, and has almost twenty-five years of experience on the Kenyan political scene. He is of Somali ethnicity. Maalim belongs to the Auliyahan sub-clan of the Ogaden Darod Somali clan. He was educated at Maseno School. He is a member of the Wiper Democratic Movement political party in Kenya, and was elected to represent the Lagdera Constituency in the National Assembly of Kenya in the 10th Kenyan Parliament. He had previously served in the 7th Kenyan Parliament.

In November 2012, Maalim led a group of MPs, which accused Kenyan soldiers of fomenting violence and using undue force during a security operation in Garissa. The legislators threatened to take the matter to the International Court of Justice (ICJ) if the perpetrators were not brought to justice. Maalim also suggested that the deployment of the soldiers was unconstitutional and had not received the requisite parliamentary approval, and that the ensuing rampage cost Garissa entrepreneurs over Sh1.5 billion to Sh2billion in missed revenue.

In the 2013 elections, Maalim ran for the Garissa County Senate seat, but was defeated by Yusuf Haji.