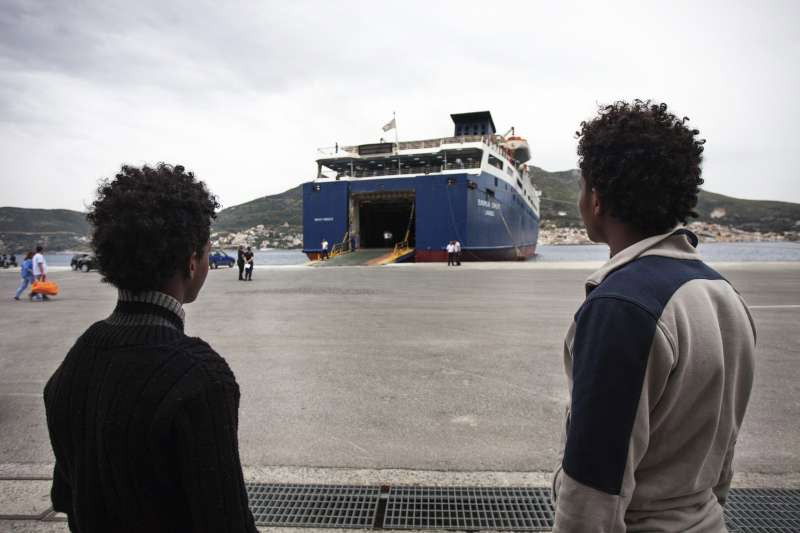 Tripoli (HAN) February 16, 2015 – Public Diplomacy and Regional Humanitarian news. The Eritrean opposition leader warned that Asmara is at a crossroads between “Humanitarian crisis and youth Disintegration,” while U.N. Secretary-General Ban Ki-moon warned, “Eritrea youth influx has tripled compared with last year”. The   22 per cent of the people arriving by boat in to Europe are Eritrean youth. The Eritrean opposition leader in Khartoum told to the press that the country is “collapsing before our young Eritrean youth tested any future.”

In Sudan, UNHCR has also been witnessing a marked increase of Eritreans  arrivals since last year. UNHCR Official noted that more than 10,700 Eritreans have sought refuge in Sudan, an average of more than 1,000 arrivals per month in 2015.

Last week, hundreds people are missing and feared dead after attempting to reach Italy from Libya in stormy weather this week, the U.N. refugee agency said on Wednesday after speaking to a handful of survivors.

An Italian tugboat rescued nine people who had been on two different boats on Monday and brought them to the Italian island of Lampedusa on Wednesday morning.
Every year, thousands of migrants fleeing war, famine or poverty in Africa and the Middle East attempt to reach the shores of Europe. But the route through the Mediterranean is extremely treacherous.