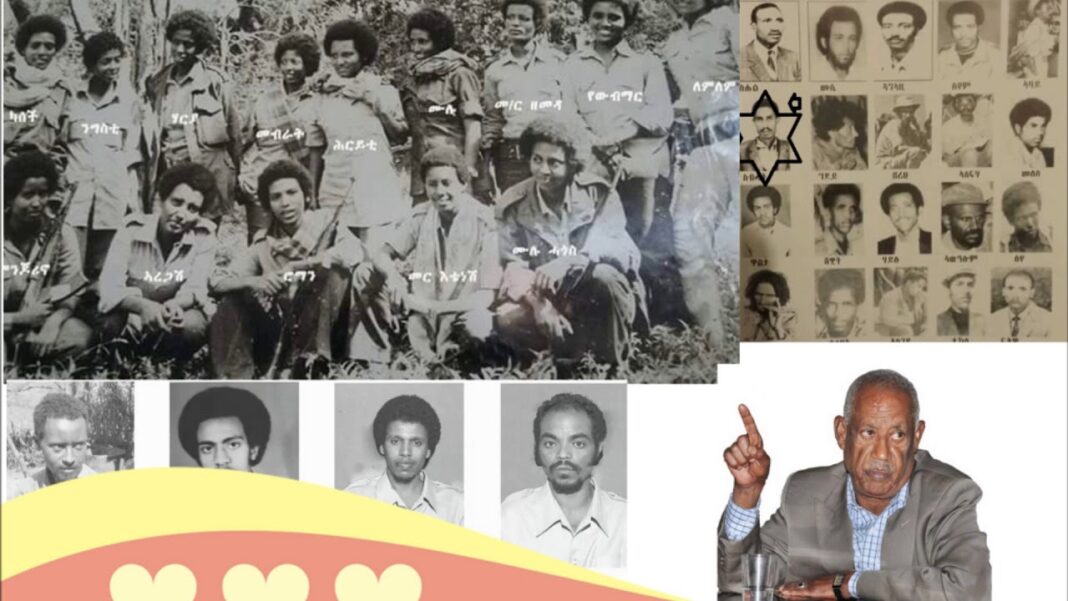 Share on Facebook
Tweet on Twitter
Asmara (HAN) January 26th, 2021. Regional Security & Humanitarian Crisis updates. There are growing reports that the Somali military (SNA) is fighting alongside Eritrean forces inside the Tigray region, according to Mr. Martin Plaut article published by: IDN & eurasiareview.
Update: Ethiopians know it is a law enforcement operation conducted by Ethiopian forces. It is a arrogant that foriegn medias want to witness the involvement of other foriegn soldiers. Tplf Is the enemy of Ethiopians though bought foriegn medias to distort facts.
Facts: Martin Plaut tries to mislead the world in every aspect.  Europeans still consider him as an analyst when he actually is a friend and mouthpiece of the EPRDF and TPLF Hegemony. 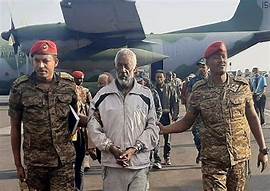 Despite what would seem to be overwhelming odds against them, the Tigrayans appear to be holding their own in large areas of the region.

Both Eritrea and Somalia routinely deny any involvement in the war, but the evidence of their presence is strong.

On December 8, Reuters reported that “a U.S. government source and five regional diplomats” told them the US believes Eritrean soldiers have crossed into Ethiopia. The EU and UK support this assessment.

A senior Ethiopian general confirmed that Eritrean troops were in Tigray. Major General Belay Seyoum, head of the Northern Command, described the presence of foreign forces on Ethiopian soil as “painful”.

The Eritrea-Ethiopia-Somali alliance
The alliance has its origins in the ending of hostilities between Ethiopia and Eritrea. Much of the groundwork for this rapprochement was done by the United States, with Donald Yamamoto playing a critical role behind the scenes, although Washington could hardly have envisaged where this would lead.

On July 8-9, 2018 Prime Minister Abiy visited Asmara to seal the peace between Eritrea and Ethiopia. In the same month, the ice between Eritrea and Somalia was broken, with a three-day visit by Somali President Mohamed Abdullahi Mohamed to Asmara. It was the first visit by a Somali president to Eritrea since it gained independence from Ethiopia in 1993. The two nations have not had diplomatic ties in nearly 15 years.

Abdinur Mohamed, a spokesman for the Somali president, said on Twitter that the country “is ready to write a new chapter of its relations with Eritrea.” Economic and security concerns are at the top of the agenda, as well as “regional issues of interest to both countries,” Eritrea’s information ministry said.

There were further bilateral visits in August 2018 and April 2019. This culminated in a summit between the leaders of Eritrea, Ethiopia and Somalia on January 27, 2020, held in Asmara.

The communique committed the three leaders to consolidate “peace, stability, and security as well as promoting economic and social development. They also agreed to bolster their joint efforts to foster effective regional cooperation.”

There was no press conference at which the details of the agreement might be explained. The public was left in the dark about what the leaders were planning.

Further meetings took place in the run-up to the outbreak of war in Tigray:

Prime Minister Abiy made a rare visit to the Eritrea main training base at Sawa in July 2020.
Somali President Farmajo arrived in Asmara on 4 October.
President Isaias went to Ethiopia on October 14-15. This trip included seeing the Ethiopian air-force base at Bishofu.
Within three weeks, on November 4, 2020, the Tigray war erupted. Is it credible that the war was not discussed, and a strategy agreed between the three leaders at these meetings?

War aims
The first priority of the alliance is to remove the Tigrayan administration from Tigray. President Isaias has long loathed the TPLF. This goes back to the 1970’s and 80’s when the Eritreans and Tigrayans fell out over ideology, tactics and strategy.

Prime Minister Abiy also wants to rid himself of the vestiges of power of the previous Ethiopian government, which the TPLF controlled. He is attempting to reverse their policy of “ethnic federalism.”

Beyond this, outlines of a plan were revealed when information was leaked about a meeting held by President Isaias just prior to the outbreak of the war.

According to reports citing well-placed sources, President Isaias brought together his closest confidantes on the eve of the Tigray war. He said that Eritrea had to accept that it had a small economy and a lengthy Red Sea coast that it cannot patrol on its own. He suggested forming some sort of “union” with Ethiopia, at least in terms of economic co-operation and maritime security.

If accurate, President Isaias appeared to have echoed Abiy’s grandiose dream of re-establishing the old empire-state of Ethiopia. This includes suggestions that the Ethiopian navy could be reconstructed – a proposal supported by France. This would require the use of Eritrean ports which were once home to the Imperial Ethiopian Navy.

The idea of some form of union may not be as far-fetched as it would appear, despite the fact Isaias previously led Eritrea’s decades-long war to gain independence from Ethiopia.

It should not be forgotten that when President Isaias made his first visit to Addis Ababa in July 2018 he made what many Eritreans regarded as an extraordinary offer: for a joint administration of both countries.

“This is a historic day for all of us,” President Isaias Afwerki said. “Anyone who thinks the people of Eritrea and Ethiopia are separated is considered as naïve from now on.”  In a speech, Abiy said the countries had agreed to develop together and that Isaias had offered to help “lead this great nation.” He added that “we have finally found our sister nation after many years of hiding.”

This vision – of co-suzerainty – or a revised form of federation, appears to be behind the current conflict.

Regional blocs
In September 2020 Eritrea, Ethiopia and Somalia held their third trilateral meeting. They proposed to form a new regional bloc, which has been referred to as the “Horn of Africa Cooperation”.

The flaw in this proposal was commented on at the time. “Creating an economic and political bloc may seem a solution to bring peace and boost trade. But it risks sparking distrust from other East African countries, and with the other regional body, IGAD,” the Intergovernmental Authority on Development, which Eritrea has long distrusted.

The Horn of Africa Cooperation could be linked to the wider ambition of the Saudis to extend their influence in the Horn of Africa. The “Council of the Arab and African States bordering the Red Sea and the Gulf of Aden” was launched in January 2020. This new Arab-African alliance has eight members: Djibouti, Egypt, Eritrea, Saudi Arabia, Somalia, Sudan, Jordan and Yemen.

Conclusion
These plans depend on succeeding to crush the Tigrayans. At the moment this appears a distant prospect, despite Prime Minister Abiy’s assertion in November that it was little more than a “law enforcement”  operation that would soon be over.

If the war goes badly, and Eritrea, Somalia and the rest of Ethiopia becomes sucked into the conflict, the conflict could threaten the future of Ethiopia itself.  This was the warning from senior African experts at the US Institute of Peace.

“As members of the bipartisan senior study group on peace and security in the Red Sea arena, we are watching with grave concern the situation in Ethiopia. While many of the facts remain unclear, the risks of escalation are certain: Intrastate or interstate conflict would be catastrophic for Ethiopia’s people and for the region and would pose a direct threat to international peace and security.

The acceleration of polarization amid violent conflict would also mark the death knell for the country’s nascent reform effort that began two years ago and the promise of a democratic transition that it heralded.

As we cautioned in the study group’s Final Report and Recommendations released on October 29, the fragmentation of Ethiopia would be the largest state collapse in modern history. Ethiopia is five times the size of pre-war Syria by population, and its breakdown would lead to mass interethnic and interreligious conflict; a dangerous vulnerability to exploitation by extremists; an acceleration of illicit trafficking, including of arms; and a humanitarian and security crisis at the crossroads of Africa and the Middle East on a scale that would overshadow any existing conflict in the region, including Yemen.

As Ethiopia is currently the leading Troop Contributing Country to the United Nations and the African Union peacekeeping missions in Sudan, South Sudan and Somalia, its collapse would also significantly impact the efforts by both to mitigate and resolve other conflicts in the Horn of Africa.”