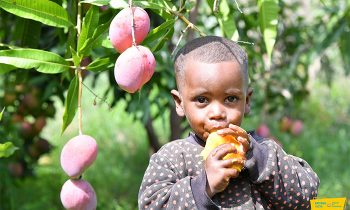 Understanding Eritrea is a series of articles that shed light on the development path, anchored on the preservation and utilization of soil and water resources that Eritrea is following.
In the morning hours of August 21st our team headed to Adi Tsenay, a village surrounded by rocky hills in the vicinity of Logo Dam. We, the journalists, were told that the government’s efforts to conserve water aimed at more than providing potable water to the people of villages and towns near the water reservoirs. Our team visited seven villages included in the Logo Dam pilot development project to see what lays beyond water conservation and provision. The villages we visited are Adi Zawl, Adi Kelkelti, Adi Halo, Adi Selait, Adi Tsenay, Adi Sherefeto, and Adi Hayo.

Adi Tsenay, a village of 245 households, lies on hilly grounds. Small beautiful houses atop the mountains overlook large swaths of farms, some at the feet of the hills, and some on top. We were welcomed by a group of farmers, three women and three men, one of whom, Mr. Mebrahtu Weldekiristos, is the administrator of the village. A kind and hardworking farmer himself, he has a farm on the west side of the village. 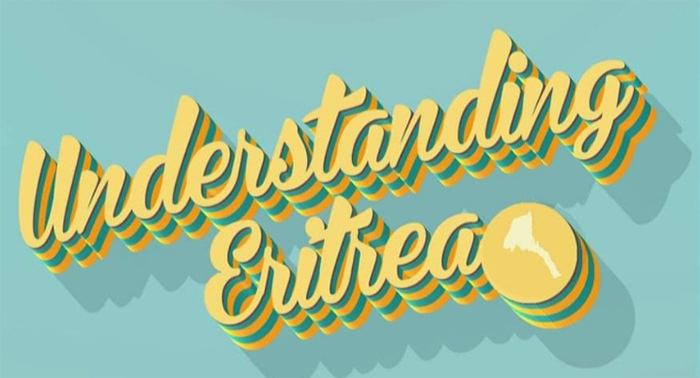 At first, the farm where we were looked like an apple field. However, when we got closer I realized that we were actually looking at ripe mango fruits hanging from big mango trees that cover a large part of the farm.

Adey Birkti Berhane and Keshi Mehari Newayu approached me with mango fruit, probably the sweetest I’ve ever had and started showing me around. They were talking to each other when I heard Adey Brikiti complain about birds eating the fruits.

“There is enough for everyone,” replied Keshi Mehari. “Let them have some. Don’t chase them away,” he added, scolding his friend who didn’t show sympathy to the beautiful birds hovering over the mango trees for a taste. Keshi Mehari looked especially fond of the birds who are now returning as the ecosystem has been getting back to what it used to be many years ago as Keshi Mehari told me.
Just like Adey Brikiti and Keshi Mehari Eritrean farmers heavily depend on rain-fed subsistence farming using traditional methods of farming. However, the Government of Eritrea has been working to improve farmers’ lives by encouraging them to shift from dependence on subsistence farming to commercial agriculture. This way, with their varied products, farmers would be able to sustain their families and sell for profit.

The Logo dam project has been designed to make this a reality. Water reservoirs and check dams were built and extended work in soil and water conservation was carried out through a joint Government and People venture. Then, the seven villages surrounding Logo Dam started working on a new pattern towards social transformation. After the water was conserved potable water started to be pumped to the villages, and the question, farming, came next. 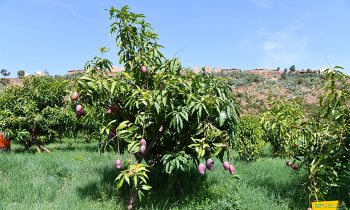 For more information about the project, we spoke to Zerai Arefe, a young man in his late twenties, who is in charge of the Department of Plant Nursery. He and his23 teammates — mostly graduates of the College of Agriculture—have a big assignment to assist the farmers of the seven villages in making the transition from subsistence to commercial farming. They study and analyze the science behind the transformation they have planned and are working with the community.

As the people of the seven villages have been practicing subsistence farming for years, they had to understand the benefits of the new approach if they were to abandon their traditional farming practices. Four years ago, the departments in charge asked the seven villages to each give up one-third of their land for the pilot project to be done.

The land is so precious to farming communities that although some villages gave pieces of their arable land some others gave away rocky land. But to Zerai and his colleagues that was not a problem at all. All they wanted was to demonstrate to the farmers their approach works.

In the first few months, the departments in charge worked in enriching the pieces of land entrusted to them by the villagers. Where there were rocks, they took them out and laid layers of generative soil and applied procedures to fertilize and turn the lands into productive farmlands. Then they studied what can be grown in the area and came up with a list of fruit trees appropriate for the climate and land. 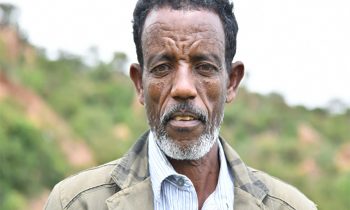 Meanwhile, other departments were making way for water supply for the farms. Then, Zerai and his colleagues started planting the seeds and worked on getting a good harvest. After waiting for two years they got their first harvest.

The villagers were encouraged to work alongside Zerai and his companions. The farmers were each paid a salary of 500 Nakfa and 45 kilos of grain monthly so that they could give a few hours of their mornings for a project expected to bring about big changes. And together, Zerai’s team and the farmers, they were able to achieve their goals.

Towards the end of 2017 and the beginning of 2018, for the first time, farmers of the seven villages were finally able to see the results of their hard work. The trees, which are not common in Eritrean highlands, started bearing fruits. The villagers were surprised by the outcome. But, most importantly, they were convinced about the benefits of growing cash crops, an idea which was suggested to them by the government. 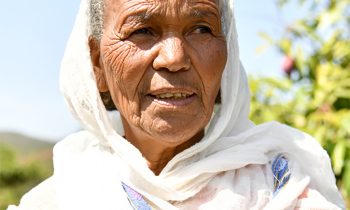 At this time, the seven villages together are reaping fruits from a total of 4415 orange, 80 mandarins, 548 lemons, 3070 guavas, 4294 mangoes (currently in season), 40 shaddocks, 22604 coffee bean, 61 avocados, 65 apple, 132 papaya, 278 pomegranate, and 45 tamarind trees. Moreover, efforts to revive indigenous fruit trees are giving slow but steady progress. There are now some 100 indigenous trees bearing fruits.

Following years of hard work and the dedication of many young professionals, once the land was made arable and gave rich produce, the pieces of land were returned to the villagers. Many villagers were surprised by the decision because they simply thought that the plan was for them to get paid jobs in their villages. Now, the rich arable pieces of land have become community farms where most of the work is done by t h e villagers themselves who take turns to cultivate the farms. The profits from their cash crop farmlands are used for common needs. Some villages have constructed schools and bought school materials for their kids and some others have agreed to reinvest their profits.

Zerai and his teammates still give assistance to the farmers. Zerai said their biggest achievement is the change of perspective in the villagers. He is happy that convinced by the change they saw the farmers are now turning their farmlands to commercial farms. Mr. Mebrahtu Sheka Weldekristos, the village administrator of Adi Tsenay, is one of them. Many farmers are now putting their products to the market many times a year.

The next morning, we went to Adi Selait, where we saw similar farming patterns as the rest of the villages. There, I met Yohannes, approximately three years old. His mother, who was working on the community farm, brought him along. While she was watering the plants he was stuffing his face with mango. He would first peel one mango and start devouring it only to get bored soon after and peel another one.