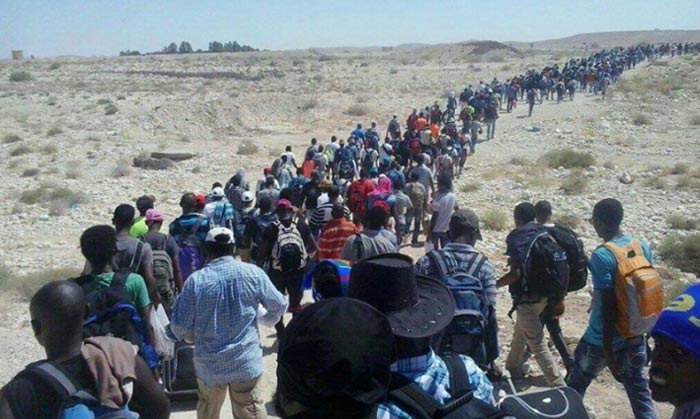 Asmara (HAN) August 10, 2014– Humanitarian news and views of International Crisis Group. Eritrea’s youth exodus has significantly reduced the young nation’s human capital. While this has had advantages for the government – allowing the departure of those most dissatisfied and most likely to press for political change – the growing social and political impact of mass migration at home and abroad demands concerted domestic and international action.

“The state’s demand for the sacrifice of individual ambition to the greater good of the Eritrean nation… causes more and more Eritreans to leave the country, even if that means risking their lives”. Cedric Barnes, Crisis Group’s Horn of Africa Project Director

Authoritarian rule, social malaise and open-ended national service drive thousands of young people to flee Eritrea every month, exposing the shortcomings of a leadership that has lost the confidence of the next generation. The International Crisis Group’s latest briefing, Eritrea: Ending the Exodus?, shows that while the government turned this flight to its advantage for a time, the scale – and attendant criminality – of the exodus are now pressing problems.

The briefing’s major findings and recommendations are:

“The exodus is symptomatic of social malaise and growing disaffection with the regime” says Cedric Barnes, Horn of Africa Project Director. “The state’s demand for the sacrifice of individual ambition to the greater good of the Eritrean nation – resigning oneself to indefinite national service – causes more and more Eritreans to leave the country, even if that means risking their lives”.

“The impact of the exodus on final-destination countries demands a new approach to the current Eritrean government. In a Europe where immigration policies are increasingly in question, the Eritrean problem cannot be ignored”, says Comfort Ero, Africa Program Director. “For all sides, finding ways to end the exodus could replace continuing sterile confrontation with fertile ground for cooperation”.

Photo: International Crisis Group, on the occasion of the UNHCHR conference, “Building the Future: The Eritrean Challenges.