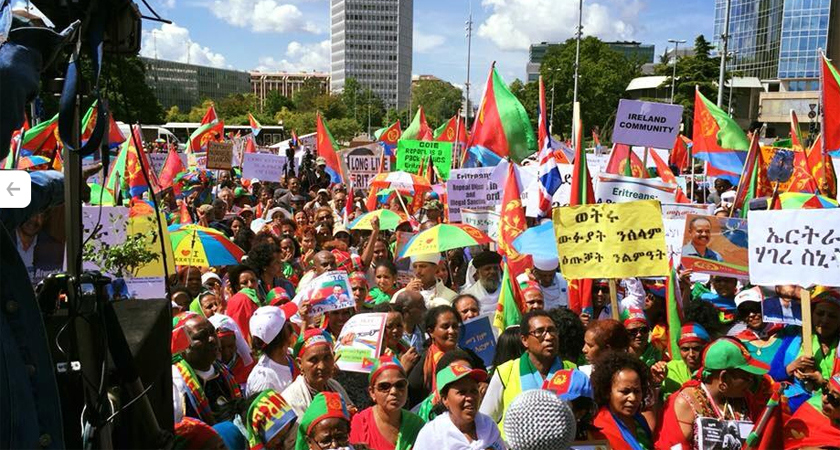 Share on Facebook
Tweet on Twitter
Stockholm (HAN) May 9.2016. Public Diplomacy & Regional Security News. Following a fact-finding mission to Eritrea, Swiss authorities have determined that the human rights situation has not improved for the thousands of Eritreans who make up the largest group of asylum seekers in Switzerland.

Mario Gattiker, the head of the State Secretariat for Migration (SEM), told the Tages-Anzeiger newspaper on Monday that although there had been indications that Eritrea had lowered its required military service to a term of 18 months, “those hopes did not turn out to be true”.

“Eritrea officially went back on its promise of shortening the required national military service,” Gattiker said. “And the proof of improved human rights conditions is still missing.”

In order to improve dialogue with Eritrean authorities, Gattiker said Switzerland hopes Eritrea will send an ambassador to Geneva. He said the decision of whether to send a Swiss ambassador to Eritrea lies with the Foreign Ministry.

Gattiker added that the migration officials – two Swiss and one German – who toured Eritrea in March were not allowed to see prison or military facilities. Accompanied by Eritrean officials, they visited cities, towns and schools during the two-week trip to gather information that could help them better understand the situation in the country and verify asylum seekers’ stories.

Around 28,500 Eritreans live in Switzerland, which has a population of 8.2 million. About a quarter of them arrived as asylum seekers in 2014. Around 10,000 Eritreans applied for asylum in 2015.

Currently, about 12% of asylum seekers from Eritrea in Switzerland are sent to other countries, either back to Eritrea or, more commonly, to their first point of entry into Europe under the Dublin accord. Gattiker said it “remains to be seen” whether Swiss migration authorities will adjust their asylum practice with regard to Eritrea.

“We are checking whether people who go back to Eritrea after having left illegally could still face draconian punishments,” he said.

However, Gattiker also said the situation in Sri Lanka – another country from which a large number of asylum seekers have come to Switzerland – seems to have partially improved since a regime change in 2015.

“As soon as we have re-analysed the situation, we will decide whether to adjust our asylum practice for people from Sri Lanka,” he said.

Although Gattiker admitted that the Dublin agreement “has worked less well in the last two years than previously,” he said it remains crucial for Switzerland to be able to send asylum seekers back to their first countries of entry into Europe.

“No other country profits from the Dublin agreement as much as Switzerland,” he said, adding that the difficulties with the accord in recent years speak to the need for a revised Swiss asylum law, which voters will have a say in on June 5.

“The more asylum cases Switzerland has to handle itself, the more crucial it is to have a good and efficient asylum practice,” he said.