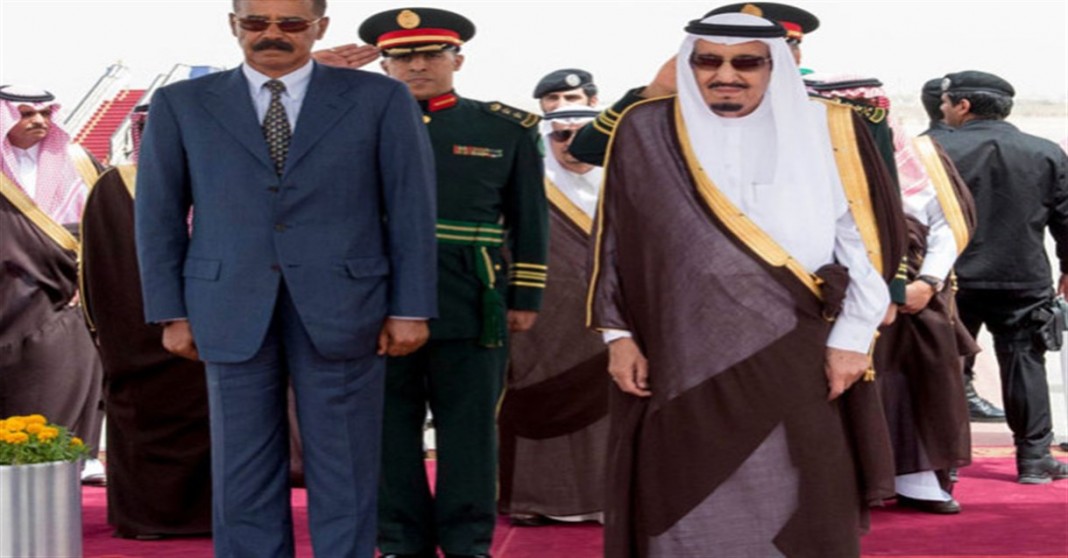 ASMARA (HAN) February 12, 2016 – Public Diplomacy and Regional Stability Initiatives News. Eritrea’s president reiterated his support for Saudi Arabia’s battle against militants, without commenting on a United Nations report that said the kingdom and the United Arab Emirates were paying the African country to help their military campaign in Yemen.

“The Saudi government has declared to combat terrorism, and that is something that has to be supported without preconditions,” President Isaias Afwerki told local media in January, according to a transcript published Wednesday on the Eritrean Information Ministry’s website.

“What makes the Saudi initiative unique is that it is the initiative taken by countries in the region,” he said. “If properly handled, it could register progress and bring positive results. That is why we supported the initiative without reservation and preconditions.”

The UN Monitoring Group on Somalia and Eritrea said in an Oct. 21 report that Eritrea was allowing the Arab coalition to use its land, airspace and territorial waters in a “new strategic military relationship with Saudi Arabia and the United Arab Emirates.” The two Arab nations haven’t commented on the allegations.

Saudi Arabia and the U.A.E. struck the deal with Eritrea to back their anti-Houthi military campaign in Yemen after failing to arrange a similar accord with its neighbor Djibouti, according to the report. It said Eritrea receives fuel and financial compensation in return for its support, which includes providing 400 soldiers who “are embedded with the United Arab Emirates contingent of the forces fighting on Yemeni soil.”

Eritrea, situated along one of the world’s busiest shipping lanes on the Red Sea, is less than 100 kilometers (62 miles) across the waterway from Yemen at its closest point.