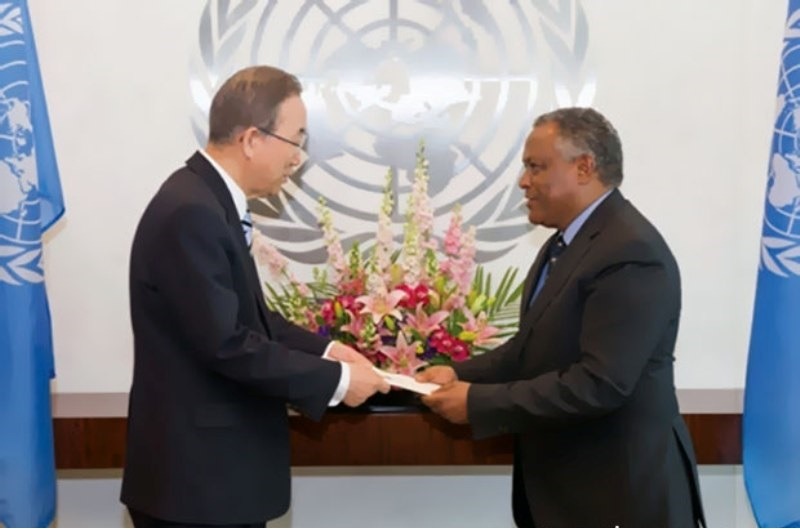 Eritrean support for regional armed groups continued to be linked primarily to the larger context of Ethiopian-Eritrean rivalry in the Horn of Africa, the unsettled border dispute between Ethiopia and Eritrea, and the way in which that rivalry shapes Eritrean foreign policy. There is evidence that Eritrea supports the Ogaden National Liberation Front (ONLF), the Tigray People’s Democratic Movement (TPDM), and Ginbot Seven (G 7).

Eritrea decided in 2011 and again in 2014, which was a strategic needed to counter the regional diplomatic isolation that it has experienced since the outbreak of conflict with Ethiopia, Djibouti and Yemen. As part of this concerted effort to reengage in the region, it assigned Girma Asmerom, who doing the interregnum had served as Eritrean ambassador to the United States, as Eritrea’s ambassador to the African Union, resident in Addis Ababa. This was one of its first steps to end political isolation.

Eritrea’s geographical location, in spite of the fact that it has two major ports, also works against trade with some regional countries. Its most obvious trade partner is Ethiopia, but the break in diplomatic relations ensures that trade is nonexistent except for small amounts of local border transactions. Ethiopia, Uganda, Djibouti and South Sudan have almost no trade with Eritrea.

Eritrea has no exports to Kenya but imports between $4 and $5 million annually from Kenya, which is a part of Eritrean militia support in Southern Somalia and ONLF elements to penetrate Ethiopia from South and Eastern zones.

Photo: Ambassador Girma Asmerom has been appointed as the Permanent Representative of Eritrea in the United Nations and later re-assigned