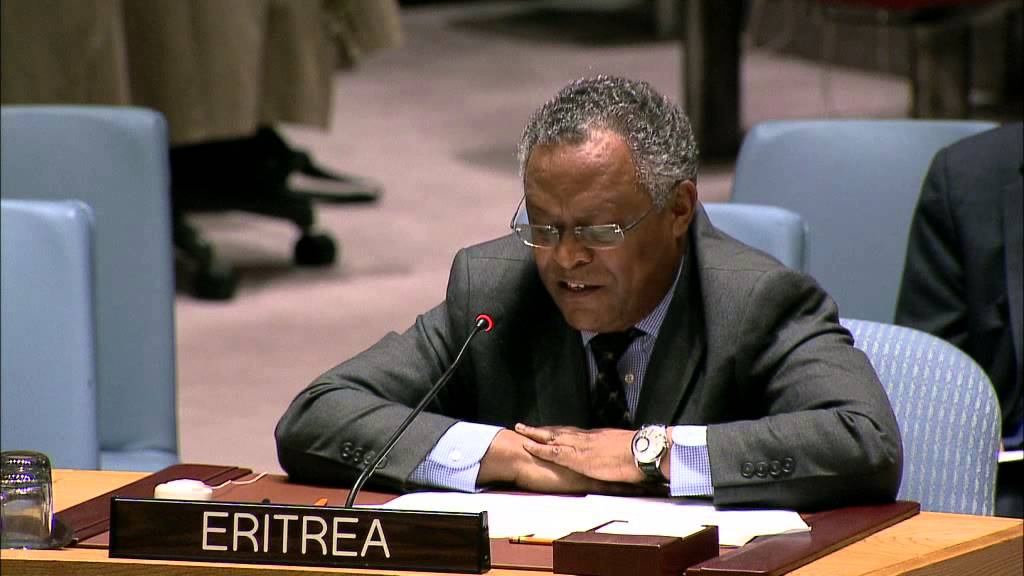 I would like to thank the Bolivarian Republic of Venezuela, in particular Ambassador Rafael Dario Ramirez Carreno, for organizing this important and timely debate on the Working Methods of Subsidiary Organs of the Security Council.

Given the complex and dynamic global environment improving the working methods of the Subsidiary Organs of the Security Council has paramount importance. Eritrea Strongly believes that a transparent and credible process in the Security Council is not a matter of an option but a necessity.

For the sake of brevity, I would like to highlight the following three points:

1. Ensuring Comprehensive assessment of the impact of sanctions regimes: Once the causes for the sanctions are proven non-existent and their intended purpose is negatively affecting regional and international peace, security and development as well as the life of the people, the UN Security Council is duty bound to immediately and unconditionally lift sanctions. Legal and factual issues must be separated from politically and diplomatically motivated agendas. Let us not mix Oranges and Apples.

It has been six years since the UN Security Council imposed unjustified and politically motivated sanction against Eritrea. To continue maintaining the unjust sanctions against Eritrea when the two allegations for the imposition of the sanctions are clearly presented by the Somalia Eritrea Monitoring Group (SEMG) to be nonexistent it is not only a travesty of justice but collective punishment against the people of Eritrea. However, and more importantly, with the current political and security realities in the Horn of Africa and the Red Sea region maintaining unjustified sanctions against Eritrea undermines and limits the capacity of a UN member state to implement UN Security Council resolutions in combating global extremism and terrorism as well as meaningfully contribute to the maintenance of regional and international peace and security.

2. Transparency and information sharing: Sanction Committees, especially those dealing with country-specific sanction, need to regularly interact and share information and allegations with the concerned country. Countries under sanction have every right to receive the full contents of the draft and final report compiled by experts or monitoring groups in a timely manner. This will allow the Sanctions Committee to hear the views of the concerned country, which is consistent with the legal principles of “equality of arms” and “you are not innocent until proven guilty”. These methods will definitely ensure transparency. It must be underlined that Eritrea as a concerned country continues to be denied access to the monthly assessments as well as the draft and final report of the Monitoring Group.

3. Undertake rigorous examination of experts and monitoring groups’ reports: This is an important aspect of the work of the Sanction Committees. Eritrea strongly believes that Sanction Committees must ensure that the reports of the experts or monitoring groups meet the highest evidentiary standard as stipulated in the Report of the Informal Working Group of the Security Council on General Issues of Sanctions (S/2006/997) which, inter alia, underscores the need for the expert panels to rely on verified information and documents, as well as ensure that their “assertions are corroborated by solid information and that their findings are substantiated by credible sources”. The sources of the reports must be clearly identified and known. Sweeping statements such as “Information gathered from reliable sources, former officials” etc. must be rejected and cannot be the base upon which UN Security Council take decisions. The Sanction Committees must ensure the contents of the reports of panel of experts are within the purview of the mandate and must ensure that experts strictly respect and stick to their mandate. Whenever experts overstep their mandate, they should be instructed not to do so by the Committee and in the same vein when information provided by them found to be false must be corrected publicly and as soon as possible.

Again this has not been Eritrea’s experience. In addition to overstepping its mandate the Somalia Eritrea Monitoring Group (SEMG) has been reporting baseless allegations collected from nameless and faceless sources. In the context of maintenance of regional and international peace and security, the Group is only and clearly mandated to look into whether Eritrea supported al-Shabab in Somalia and the border dispute between Eritrea and Djibouti. However, overstepping its mandate, the SEMG continues to routinely deal with Eritrean and Ethiopian conflict, and does so in a manner that ignores context and ramifications. Another equally important aspect is, at least in Eritrea’s experience, the monitoring group have routinely reported uncorroborated allegations and refused to rectify them when those allegations were found not to be true.
In conclusion:

1. Since the SEMG has clearly stated “it has found no evidence of Eritrean support to al-shabab” and Djibouti Eritrea issue is being handled by the government of Qatar and the Qatar forces are deployed at the common border between Eritrea and Djibouti there is no imagined or real threat to international peace and security that Eritrea is involved. The Security Council must, therefore, immediately and unconditionally lift the sanction against Eritrea.

2. Given the current fight against global terrorism and extremism, lifting the unjust sanctions will enhance peace and security in the Horn of Africa and the Red Sea Region. On the other hand, the maintenance of the sanctions can only be a recipe for disaster and chaos.

3. The unjust sanction imposed against Eritrea has no linkage to Eritrea and Ethiopia conflict. However, in a manner that ignores and disregards context, perspective and ramification and in violation of its mandate and in an attempt to move the goal post, the SEMG has started to deal with Eritrean Ethiopian conflict. Once against Eritrea underlines that the conflict between Eritrea and Ethiopia is an issue between the occupied and the occupier. Ethiopian official’s constant military threat against Eritrea must be also taken into consideration.

– On 7 July 2015 the Prime Minister of Ethiopia speaking to his parliament said that “Ethiopia will be forced to take appropriate action against Eritrea.”
– On 9 August 2014 during an interview with the Washington D.C. based Radio Tsenat, the Prime Minister of Ethiopia clearly stated that “The no-war no-peace situation with Eritrea is over. Ethiopia from now on is ready to take military action against Eritrea.”
– On 17 April 2012, speaking to the Ethiopian Parliament the late Prime Minister Meles Zenawi stated that “The Ethiopian government has now decided to cary out more active policy, taking measured actions against Eritrea. The action will involve using all means at Ethiopia’s disposal to change the Eritrean government. The other major area where Ethiopia will further strengthen its activity is in supporting Eritreans in their campaign to change the government.”

The use or threat of use of force against any country big or small is a violation of the UN Charter and international law that should be condemned by the Security Council. If the SEMG and the Security Council want to be involved under the current agenda item their option is one and only that is to urge Ethiopia to unconditionally and immediately withdraw from sovereign Eritrean territories, including the town of Badme.

I thank you, Mr. President.