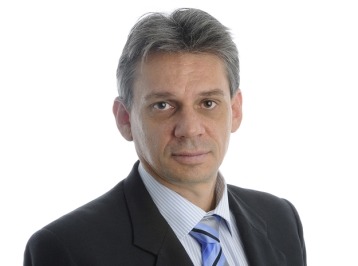 Colluli lies in an emerging potash province, the Danakil Potash belt, which currently hosts over 4.2 billion tonnes of measured and indicated potassium salts. Danakil compares favourably in terms of size, resource depth and environmental issues against other potash belts globally.

The project itself hosts over 1 billion tonnes of potassium bearing salts including sylvite, carnallite and kainite salts which are all suitable for the production of potash fertilisers.

What makes this project unique is that it is one of only three major global deposits containing kainite salt in solid form. The fact that the salts are in solid form is a major differentiator

from other projects which require potassium-rich brines to be evaporated in order to create salts.

Kainite is the most important salt used for low cost production of potassium sulphate (SOP), a premium potash product with a substantial price premium over potassium chloride (MOP).

In October, the company revealed metallurgical testing conducted at Saskatchewan Research Council laboratory had successfully resulted in the production of commercial grade SOP. The process, which essentially involves combining decomposed kainite and sylvite under ambient conditions, reduces mining strip ratio as well as the potential to cut capital and operating costs.

“The most exciting thing about the Colluli development path is that we actually lower our cost base to make a product with a substantial price premium,” South Boulder Mines chief executive officer and managing director Paul Donaldson said.

“We are excited by the simplicity of the process which is effectively flotation and mixing of recovered potassium salts from the open pit.

“Taking the requisite time to get the process design right has reduced the process plant capital and demonstrated successful generation of the premium potash product, potassium sulphate (SOP).”

The project is held in a 50:50 joint venture with the Eritrean National Mining Company (ENAMCO). Eritrea is regarded as a stable jurisdiction with mining an important component of the country’s economic development.

Since 2010, 97 holes have been drilled identifying a resource containing more than one billion tonnes of potassium bearing salts suitable for the production of potash fertilisers.

South Boulder Mines Ltd is currently working on the Feasibility Study to support the development of the project.