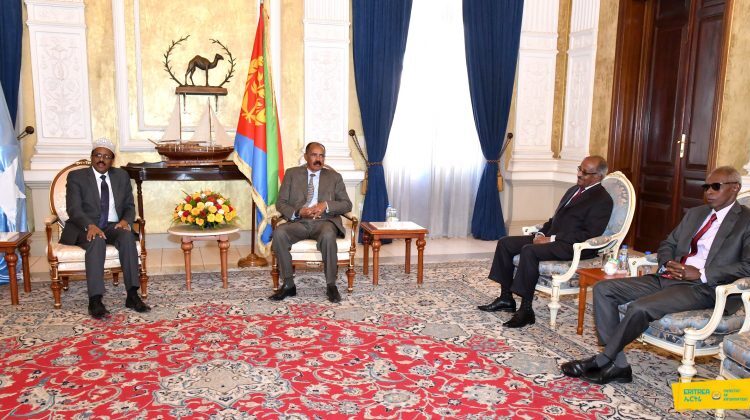 President Farmajo has arrived in Asmara on Sunday from Jubba of Sudan where he attended a ceremony to sign agreement South Sudanese government and rebel group.

During meeting in Asmra both leaders focus on bolstering the Eritrea-Somalia cooperation framework, consolidation of a strong, independent and sovereign Somalia.

Booth leaders of Somalia and Eritrea further agreed to re-double ongoing efforts for regional integration on the basis of the Tri-Partite Agreement signed subsequently between Eritrea, Ethiopia and Somalia.

The minister confirmed the leaders will continue their talks today in Asmara town.

In 2018, Somalia and Eritrea signed an agreement to establish diplomatic ties after over a decade of animosity.

The two countries also establish embassies in their respective cities but two years down the line, none of them has not established embassy.