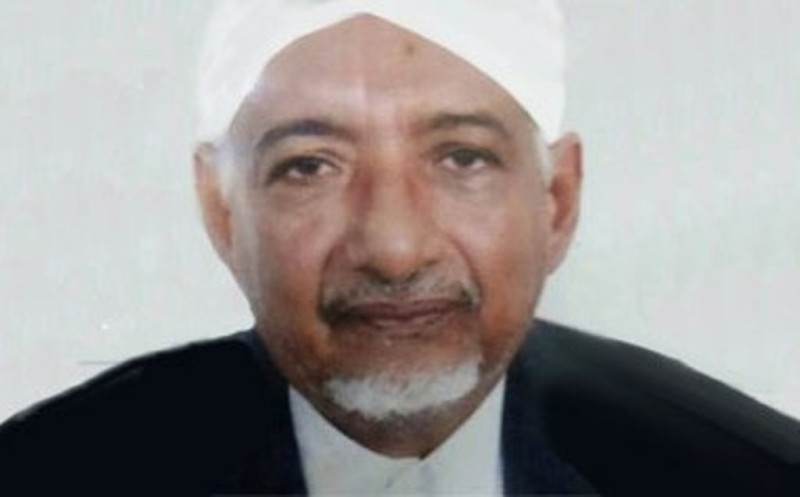 Khartoum (HAN) October 3, 2014. Expert Analysis, Your Power & Regional Influence Magazine, opinion page, By Saleh “Gadi” Johar (Born and raised in Keren, Eritrea, now a US citizen residing in California; Author of Miriam was Here, Of Kings and Bandits, and Simply Echoes. Saleh is acclaimed for his wealth of experience and knowledge in the history and politics of the Horn of Africa).

Sheikh Hassan Ibrahim Salem, the previous head of the Department of the Muslim Endowments for Massawa, and later for Semhar region, died at Sembel hospital. The Eritrean Sheikh  was brought from prison to the hospital in bad health only two days before he died on Wednesday September 24, 2014.

Sheikh Hassen was detained in 2007 after he returned from Saudi Arabia and was kept in prison for seven years without charges.

In 2007, Sheik Hassen traveled to Saudi Arabia to raise funds for the expansion of the Massawa Islamic elementary school to provide middle school education.

Sheikh Hassen met exiled residents of Massawa and appealed to them for funds to help maintain the endowment that served the people of the Semhar region for many decades. He had raised considerable amount of money.

Shortly upon his return, security officers arrested and tortured Sheikh Hassen to reveal the names of those who donated money for the maintenance of the Massawa endowment institutions.

Throughout the history of the port city, the people of Massawa financed their community activities but during the last few decades most the inhabitants of Massawa left the port city fleeing wars and oppression to many parts of the world. A large number of them reside in Saudi Arabia.

Before the 1998-2000 border war with Ethiopia, the endowments committee of Semhar applied for a plot of land to build an elementary school and were granted approval by Wedi Andu, the then mayor of Massawa. But soon Wedi Andu told the committee that President Isaias Afwerki had personally ordered him to withdraw the permit.

The committee appealed to the then-minister of local administration Mahmoud Sheriffo (arrested with the “G15″ in 2001), who reversed the decision and allowed them to continue building the school.

The Islamic Development Bank in Jeddah financed the project with $239,000; an exiled philanthropist from Massawa provided the shortage of 1 million Nakfa to finish it.

At a later stage, the committee planned to add a middle school and Shiekh Hassen traveled to Saudi Arabia to raise funds for the expansion project.

Shortly after his return to Eritrea, Sheikh Hassen  was taken away by security officers who confiscated the funds he collected. He was immediately taken to prison and stayed there for seven years.

A few months ago, Eritreans discovered that the much respected octogenarian Ahmed Sheikh Feres  had died in prison four years ago and that his death had been kept secret by the government. Sheikh Hassen was Sheikh Ahmed Feres’ jail mate in a prison camp around Afa’abet and he was accused of leaking the information and tortured. His health deteriorated and he was brought to Sembel hospital where he died.

Sheikh Hassen’s wife had died while her husband of many years was in prison.

Muslims in Eritrea face difficulties in raising funds for their institutions because the government links any of their fundraising activities to “international terrorism.” No Muslim institution is allowed to raise funds outside of the control of the government or without its approval.

Sheikh Hassen was born in 1943 in Massawa to a family of merchants who is known for its charitable work including digging of water wells, building mosques and feeding the poor.

The Ad-Salem store in Htmlo was a clandestine supply center during Eritrea’s struggle for self determination and provided food, clothing and other supplies. Source: Awata