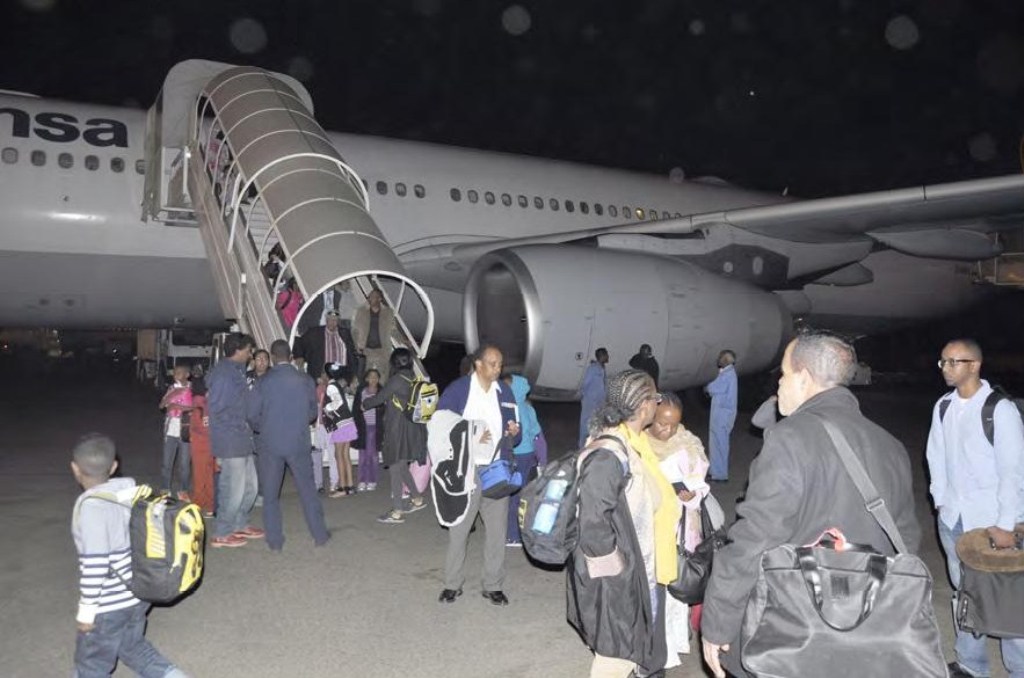 The U.S. Department of State warns U.S. citizens of the risks of travel to Eritrea and strongly recommends U.S. citizens not travel to the country since there is increasing possibility U.S. citizens will not receive the requisite exit permit from Eritrean authorities.

The Eritrean government continues to restrict the travel of all foreign nationals.  These restrictions require all visitors and residents, including U.S. diplomats (who must apply 10 days in advance) for permission to travel 25 kilometers outside Asmara’s city limits.  Permission is usually granted to areas such as Massawa and Keren, which are known tourist destinations; however, requests to areas near the borders and regions not frequently traveled by diplomats are typically turned down.  As a result, the U.S. Embassy cannot guarantee its ability to provide consular assistance outside of Asmara.

Travelers should also be aware that travel permits are only valid for the approved final destination and do not allow for additional stops along the way to, or in the proximity of, the approved destination.  Travel to religious institutions, for example monasteries, requires separate travel permission even when such facilities are located in or near approved destination cities. Foreign travelers not adhering strictly to the terms of travel permits have reported being detained by law enforcement authorities, and their drivers have been jailed.

The Consular Section is aware that there have been incidents of Eritrean officials refusing to issue exit permits to U.S. passport holders even if they were born in the United States and entered Eritrea on visas issued by the Eritrea government.

Eritrean-U.S. dual citizens may be at risk of arrest in Eritrea. Once arrested, detainees may be held for extended periods without being charged with a crime.  Conditions are harsh – those incarcerated may be held in very small quarters without access to restrooms, bedding, food, or clean water.  The Eritrean government does not inform the U.S. Embassy when U.S. citizens, particularly dual nationals, have been arrested or detained.  Should the U.S. Embassy learn of the arrest of a U.S. citizen, the Eritrean government rarely allows consular access, regardless of the reason the U.S. citizen is being held.  U.S. citizens are cautioned to always carry appropriate documentation with them.  At times, armed persons may round up individuals who are not carrying documentation of their identity and military status.

Beginning in 2012, the Government of Eritrea began arming its citizens with automatic rifles to form citizen militias.  U.S. citizens are cautioned that these armed civilian militias patrol at night and are ordered to check individuals for documentation.  The U.S. Embassy warns U.S. citizens to use extreme caution when encountering armed citizens.

The Eritrean government-controlled media frequently broadcast anti-U.S. rhetoric, and have done so repeatedly since December 2009, when the United Nations Security Council (UNSC) first imposed sanctions on Eritrea.  Although there have been no specific incidents of violence targeting U.S. citizens, U.S. citizens are urged to exercise caution, stay current with media coverage of local events, and be aware of their surroundings at all times.

U.S. citizens on ships and sailing vessels are strongly advised not to sail off the Eritrean coast nor to attempt to dock in Eritrean ports or travel through Eritrean waters.  U.S. citizens are also urged to avoid remote Eritrean islands, some of which may be used for Eritrean military training and could therefore be unsafe.  The Eritrean government does not issue visas to persons arriving by marine vessel.  Additionally, fuel and provisions are often unavailable in Massawa and other parts of Eritrea, and are often scarce in the capital city of Asmara.

Piracy on the Red Sea continues to occur.  Recreational vessels are strongly encouraged to avoid the region entirely, and commercial vessels without explicit agreements with Eritrean authorities are urged to avoid Eritrean territorial waters.  There have been incidents involving the seizure of ships by the Eritrean government as recently as December 2013.  These seizures have resulted in lengthy detentions of international crew members, including U.S. nationals.  Though the incidents were ultimately resolved and both ships and crew released the concern that future seizures may occur has not abated.  U.S. citizens are cautioned that commercial/tourist ships are not allowed to dock at some Eritrean ports, even to refuel.

In August 2011, three separate incidents of piracy were reported off the Eritrean coast near the Port of Assab.  High-speed skiffs with armed persons on board continue to attack merchant vessels.  If transit around the Horn of Africa is necessary, vessels should travel in convoys, maintain good communications contact at all times, and follow the guidance provided by the Maritime Security Center – Horn of Africa (MSC-HOA).  U.S. citizens should consult the Maritime Administration’s Horn of Africa Piracy page for information on maritime advisories, self-protection measures, and naval forces in the region.

Landmines and unexploded ordnance remain a serious problem throughout the country.  There are reports of accidents and incidents in which vehicles or people occasionally detonate mines.  Many detonations have occurred on relatively well-traveled roads in and near the Gash Barka region of western Eritrea; subsequent investigations indicated that several mines were recently laid.  In September 2011, press reported that a vehicle in Senafe, 60 miles south of Asmara, ran over a landmine, killing five people and injuring 34.  Vast areas of the country still have not been certified free of mines and unexploded ordnance following the 30-year war for independence and the subsequent 1998-2000 border conflict with Ethiopia.  Visitors should avoid walking alone and hiking in riverbeds or areas that local government officials have not certified as safe.

U.S. citizens choosing to travel to Eritrea despite this Travel Warning must obtain an Eritrean visa before their arrival.  Persons arriving in Eritrea without a visa are generally refused admission and returned on the next flight to their point of origin.  However, the Embassy is aware of persons being jailed for several months after arriving without visas.  The Embassy urges all U.S.-Eritrean dual citizens to obtain Eritrean visas in their U.S. passports before traveling to Eritrea and to enter the country as U.S. citizens.  The Embassy is aware of numerous cases where U.S. citizens entering Eritrea on passports of their other nationality have been detained and not permitted to leave the country.  U.S.-Eritrean dual citizens who enter Eritrea with an Eritrean ID card may find it difficult to obtain the required visa to exit the country legally.  Traveling to Eritrea even with a valid entry visa in a U.S. passport does not guarantee entry.  The Embassy cautions travelers not to stay beyond the period of time granted at the time of admission by Eritrean Immigration.

Crime in Asmara has increased as a result of deteriorating economic conditions accompanied by persistent food, water, and fuel shortages, and rapid price inflation.  The combination of forced, open-ended, low-paying, national service for many Eritreans and severe unemployment leads some Eritreans to commit crime to support their families.  Eritrean authorities have limited capacity to deter or investigate crime or prosecute perpetrators.

Modern telecommunications options are limited in Eritrea and cannot be counted upon in an emergency.  International cell phone service plans do not work on Eritrean networks.  Local cellular phone service is tightly controlled by the Eritrean government and difficult to obtain.  When available, international cell phone calls are extremely expensive and only available using pre-paid minutes.  Internet cafés are widespread but often lack power.  Internet service is limited and slow, and generally does not support Voice over Internet Protocol (VoIP) services such as Skype.

The U.S. Embassy in Asmara strongly urges U.S. citizens who travel to or remain in Eritrea despite this Travel Warning to enroll in the Smart Traveler Enrollment Program (STEP) so you can receive the most up-to-date security information.  Please keep all of your information in STEP current.  It is important when enrolling or updating information to include multiple phone numbers and email addresses to facilitate communication in the event of an emergency.