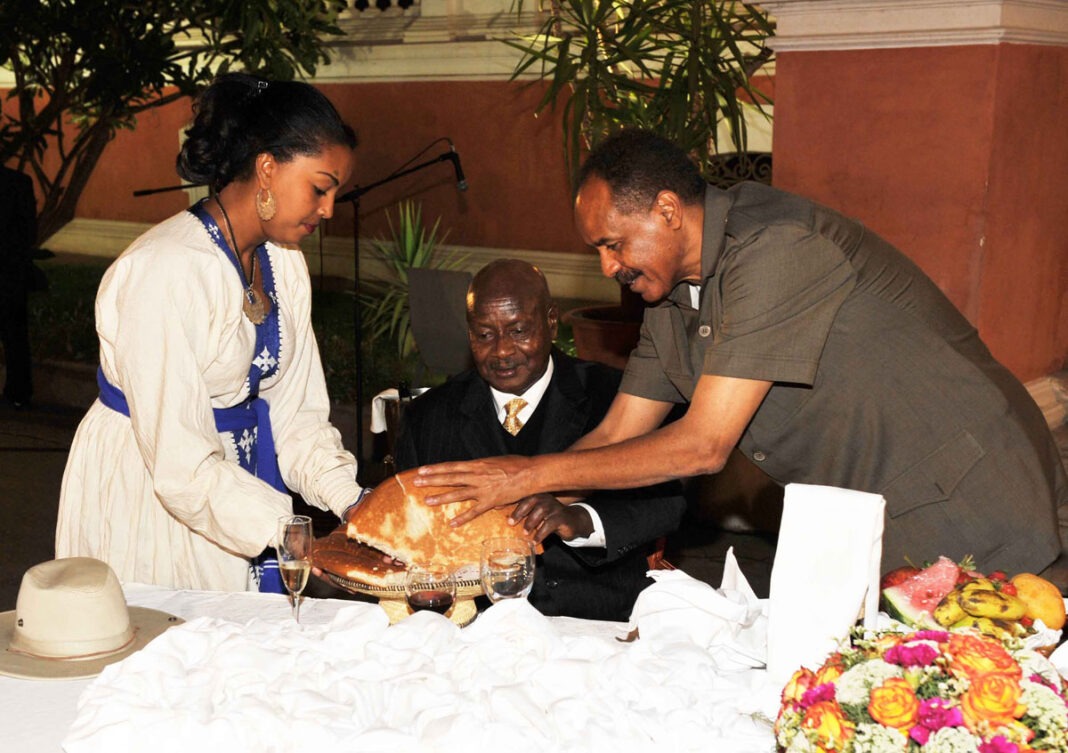 Khartoum (HAN) September 21, 2014 – Defense and National security news. By. Abdinur Nur Hussein.  Eritrean scholars are still continue to agitate for the implementation of the constitution, the release of political prisoners, journalists, religious groups that are languishing in prison camps without any due process of the law. Professor Araya Debessay and Professor Kiflai were trying for the last three decades to foster better understanding between Eritrea’s Christian minority and the Eritrea’s Muslim majority in the country, not the Diaspora.

In Eritrea Christians make up about 32 percent of Eritrea’s 8 million approximately , but the secular Orthodox Christian government of Isyas Afwerki ensures they are well represented in government and have access to the major and important jobs in Eritrea.

“Many Eritrean Muslim feel very bad about what they see as the oppression of the current leadership of security, police and military – its empowering christian cultural and financial pressure as well as Afwerki’s  long-term power strategy to undermine Muslim refugees in Sudan and Gulf-States. So there’s a situation of tension.”

Because of regional tension and Briding the gap, the Commander of the Eritrean Police Force, Col. Mehari Tsegai, has called on religious leaders to play active role in nurturing and keeping intact the nation’s cultural values. He made the call at a meeting conducted in the Central region’s administration Hall in which over 150 religious leaders took part.

Col. Mehari explained that the meeting is aimed at nurturing a law-abiding society and the supremacy of the rule of law. Moreover, he called on the religious leaders to enhance role towards upgrading the awareness of the faithful as regards prevention of crime instances.

The dominance of Tigrinya speaking Christians and their in­volvement in the various sectors of community-based, orga­nizational activities representing Eritreans in Los Angeles, if not throughout the United States, make it appear as though Eritrea is a homogenous country composed predominantly of Tigrinya-speaking Christians (Woldemikael 1996; Hepner 2003).

Accordingly, the Government is exerting persistent efforts pertaining to the prevalence of peace and stability, Col. Mehari elaborated. He also stated that promotional activities in progress have borne commendable outcome. The Commander further urged communities to step up collaboration with the Police Force regarding crime prevention.

The participants of the meeting expressed satisfaction with the initiative, and expressed readiness to sustain input towards the realization of the set objectives.