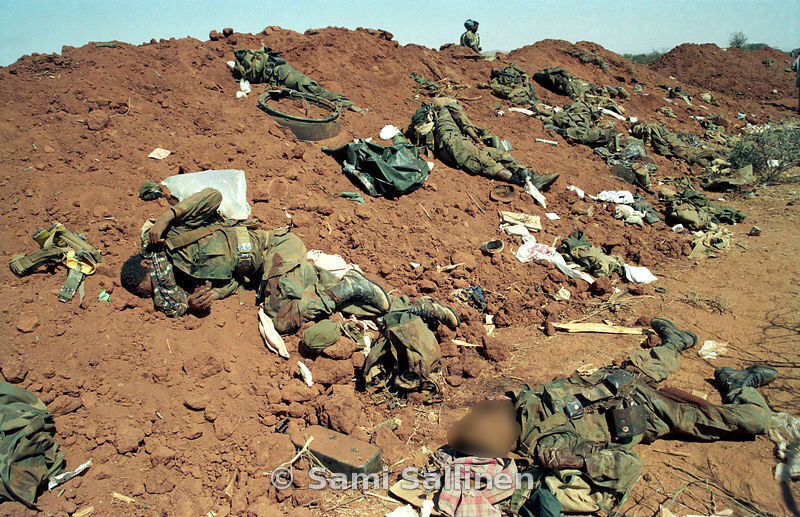 Share on Facebook
Tweet on Twitter
ASMARA (HAN) June 16.2016. Public Diplomacy & Regional Security News. BY: Samuel Gebre. Eritrea said more than 200 Ethiopian troops were killed in June 12 clashes on their joint border, the latest in a series on confrontations since the Horn of Africa nations separated more than two decades ago.

The fighting erupted in the Tserona region, about 74 kilometers (46 miles) south of Eritrea’s capital, Asmara. Ethiopia’s government, which has accused its neighbor or sparking the fighting, said it “seriously weakened” Eritrea’s army and warned against further acts. It hasn’t given a death toll of its own.

Eritrea achieved independence from Ethiopia in 1993 after decades of armed struggle. The two countries fought again in 1998-2000 over the disputed territory of Badme in a war that left an estimated 70,000 people dead.

A United Nations boundary commission ruled in 2002 that Badme belonged to Eritrea. Ethiopia has rejected that ruling and still occupies the town. UN peacekeepers monitored a cessation of hostilities until they were withdrawn in 2008 because of what the global body says were “crippling restrictions” imposed by Eritrea.

UN Secretary-General Ban Ki-moon and his deputy on Wednesday urged both governments to “exercise maximum restraint and refrain from any act or statement that could exacerbate the situation,” Ban’s office said on his website. Both countries should use peaceful means and ensure the full implementation of a 2000 peace agreement, they said.