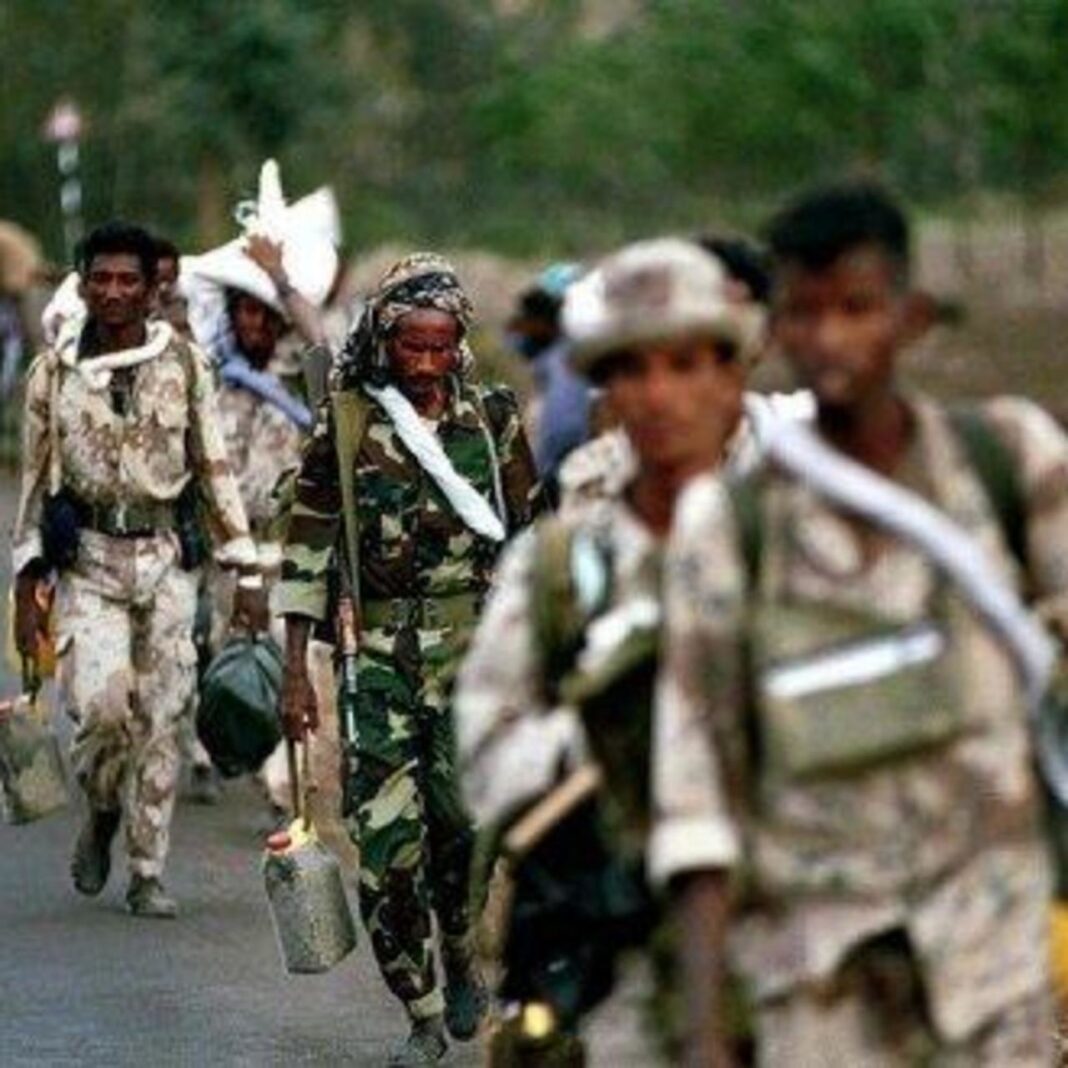 The report to the Security Council said Somalia was awash with more weapons than at any time since civil war broke out and the Horn of Africa nation slid into chaos in the early 1990s after the overthrow of dictator Mohamed Siad Barre.

And it was the second in less than a year accusing Asmara of flouting a 1992 embargo by supplying rebels fighting the Somali government, which is backed by Eritrea’s arch-foe Ethiopia.

“The intention is to fabricate a pretext for an Ethiopian invasion (of Eritrea) and to cover up the failures made by the United States and the United Nations,” Eritrean Information Minister Ali Abdu told Reuters. “It is known which corners this smear campaign is coming from.”

The U.N. monitors’ report said most weapons had been brought into Somalia via clandestine routes and many had reached the Shabab, the fighting wing of the militant Islamic Courts Union.

“Huge quantities of arms have been provided to the Shabab by and through Eritrea,” the report said, adding that the Islamists had “an unknown number of surface-to-air missiles, suicide belts and explosive with timers and detonators”.

Diplomats say Eritrea and Ethiopia have been waging a proxy war in Somalia since last year when Asmara backed the hardline Islamists against the country’s fledgling government. Ethiopia sent in troops to support the U.N.-backed government and chase the Islamists out of the capital Mogadishu.

“As with the story of 2,000 Eritreans in Somalia, this is again a total fabrication,” Abdu said, referring to accusations in the last U.N. monitors’ report that accused Eritrea of having had 2,000 troops fighting in Somalia.

Eritrea — long suspicious of the international community — routinely accuses the United States of manipulating the United Nations to serve its interests in the region.

Ethiopia is also not exempt from the arms embargo. Only Uganda is exempt because about 1,600 of its soldiers are serving in Mogadishu as peacekeepers under an African Union mandate.

Despite defeats by the Ethiopians, the Shabab, which often attacks Ethiopian and government troops, has hidden arms caches for future use and scattered their fighters, the report said.

Other weapons have found their way through arms dealers operating in a large arms market in Mogadishu, which sells to warlords scattered in central and southern Somalia and “is doing a brisk and lucrative business in arms sales”.