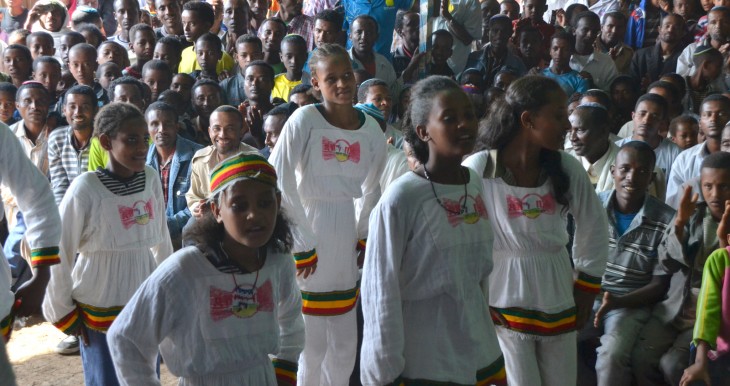 Asmara (HAN) June 8, 2014 – Ethiopian youth in Israel are under arrest for assault on Eritrean nationals in Netanya. This week, a group of teenage boys age 14 to 16 and a 20-year-old man are  suspected of robbing migrant workers in the Bnei Brak area. Police are  also investigating whether the gang threw rocks at the workers out of  xenophobia, according to Gilad Morag, Ynetnews.
Ynetnews, Israel: In a separate incident, young Israelis of Ethiopian origin attacked  and robbed two Eritrean citizens at a Netanya beach.

Israel is well aware of the risks facing asylum seekers in their countries of origin and does not dare return them to Asmara. The bragging by the Interior Ministry regarding the increase in the number of asylum seekers who agree to “leave voluntarily” demonstrates how Israel has turned the refugee laws upside down. Israel does not expel asylum seekers to Eritrea due to the principle of  no forced return, which forbids expelling a person to a place where his life or his liberty at risk.

Six youths and one 20-year-old were arrested Wednesday evening for  allegedly robbing a migrant worker. According to the allegations, the  migrant was waiting at a bus station in Bnei Brak when the gang

approached him, assaulted him, robbed him, and then ran away from the  scene of the crime.

Police officers from the youth department searched the area and  quickly arrested seven suspects for participating in the event. Police  suspect that the gang was involved in similar cases of assaults on
migrants, based on their modus operandi.

The 20-year-old suspect, with a large and imposing frame, would  suddenly assault the victim while the rest of the gang would search  his pockets and steal his cash. Afterwards, the suspects would meet up
at a hiding spot to divide the bounty.

The teenage boys admitted to the charges brought against them during  their investigation, explaining that migrant workers usually carried  cash and could not identity who robbed them. Police are investigating
similar incidents in Bnei Brak in which rocks were thrown on Sudanese  workers; some of the suspects in the robbery also admitted to rock  throwing.

In the Netanya case, where Israeli youths of Ethiopian origin were  suspected of attacking two Eritrean citizens, one 19-year-old male was  arrested. During the investigation he claimed that the attack happened
“as revenge for what the Eritreans did to the Jewish Ethiopians on  their way to Israel.”

While the two Eritreans were relaxing on the beach, they were  approached by a gang of youths who attacked them, robbed them, and  took their necklaces and wallet.

The police was called to the site and they located one suspect,  Natan’el Avohi, 19, from Netanya. The two victims identified the suspect at a police post at the beach  and he was taken in for investigation. At first the suspect claimed  the assault was a result of his wish to take revenge on Eritreans, but  he later denied all allegations and claimed he was never at the scene.

The suspect’s lawyer said his client denied all wrongdoing, said the  stolen items were not in his client’s possession, and asked for his  release.

The judge on the case determined in her decision that “the suspect  tied himself to the incident and admitted at first to a racial motive  for the crime – and that is the danger emanating from the suspect.”
The judge extended Avohi’s arrest by four days.

Police are continuing their investigation and attempting to locate  others involved in the assault. BY Raanan Ben-Zur contributed to this report