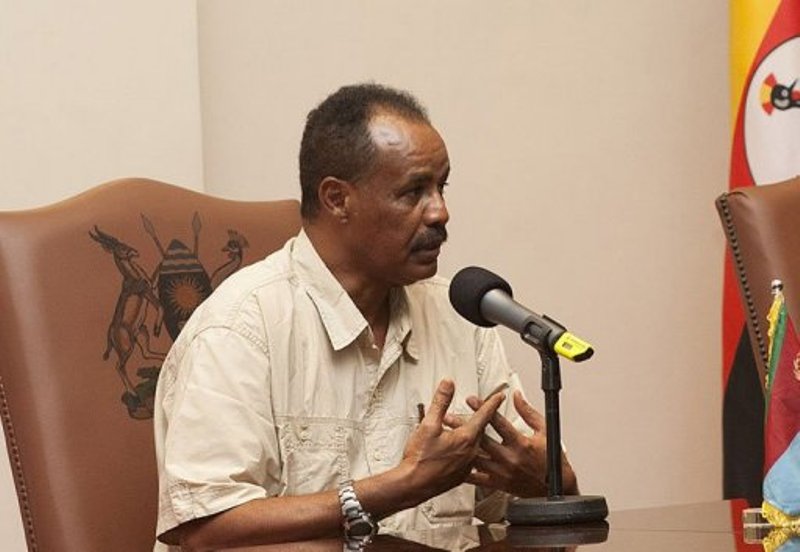 Asmara (HAN) January 2, 2015 – Public diplomacy and Regional Security and Humanitarian news.  According to Samuel Gebre of bloomberg, Eritrean Leader is drafting a new constitution that will tackle inequality and satisfy the demands of the Horn of Africa nation’s people, President Isaias Afwerki said.

A committee has begun work on the charter which seeks to close the gap between Eritrea’s rich and poor, Afwerki said in an interview broadcast yesterday on national television. He didn’t give any more details on what the constitution will include nor did he specify when it will be completed.

“The essence of this task is not to focus on satisfying external desires but to live up to the expectation of generations for which an immense sacrifice has been paid,” Afwerki said.

The 68-year-old president, a former rebel leader, has ruled Eritrea since it gained independence from Ethiopia in 1993. The country has no privately-owned press and the government has arbitrarily detained thousands of people including opposition supporters and journalists over the past decade, according to Amnesty International, the London-based advocacy group.

A United Nations rights envoy in June said arbitrary arrests and indefinite service in Eritrea’s army are among factors spurring thousands of people to leave the country each month.

The envoy’s comments came shortly after a group of Eritrean Catholic bishops said the nation’s youth is fleeing to:

“peaceful countries, to countries of justice, of work, where one can express oneself openly.”

Afwerki described the large-scale migration of Eritrea’s youth as a “declared war” and said they were being lured by “empty promises” of a better life abroad. He didn’t give more details.

In November, Eritrea’s foreign ministry said migration was being “immensely augmented in recent years by deliberate policies of certain governments and agencies who chose to encourage, for sinister political purposes, the youth to defect” from the army. It accused the UN Refugee Agency of being an “unwitting catalyst in bolstering the pull factors” for migration by categorizing all Eritrean migrants as asylum-seekers. Source: Paul Richardson in Nairobi at pmrichardson@bloomberg.net