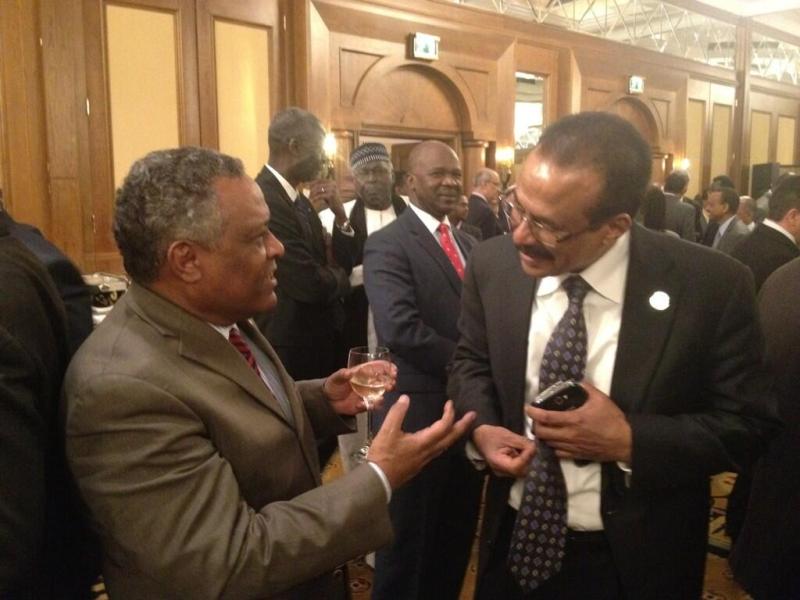 The announcement came as a relief to a country on edge and worried about how the Fishing boats issues and border dispute would resolve itself.

During the diplomats meeting in Sanaa, both diplomats reviewed the bilateral cooperation and relations between the two neighbouring countries.

The Yemeni deputy foreign minister stressed that the foreign Ministry will provide all diplomatic support and cooperation to facilitate his diplomatic mission in the country.
Italian diplomat who conducted shuttle diplomacy between the two neighbouring Yemen and Eritrean countries warned that much work still remained.

“This will be still a difficult road because there are important obligations required and difficult decisions to be made,” Italian diplomat told Geeska Afrika Online reporter after briefing Eritrean’s current president, Isaias Afwerki, shortly after his visist last month.

Ambassador Mohammed Sheikh Abdul Jalil also said the fishing boats created “serious diplomatic challenges.” But ambassador al-Aidaros said,  “Stability is the desire of both Yemen and Eritrea,” Mohammed added his statement,  “Our diplomatic partnership aim is simple: both countries are committed to the most diplomatic dialogue any threats that emerges between the two countries” according to its history.