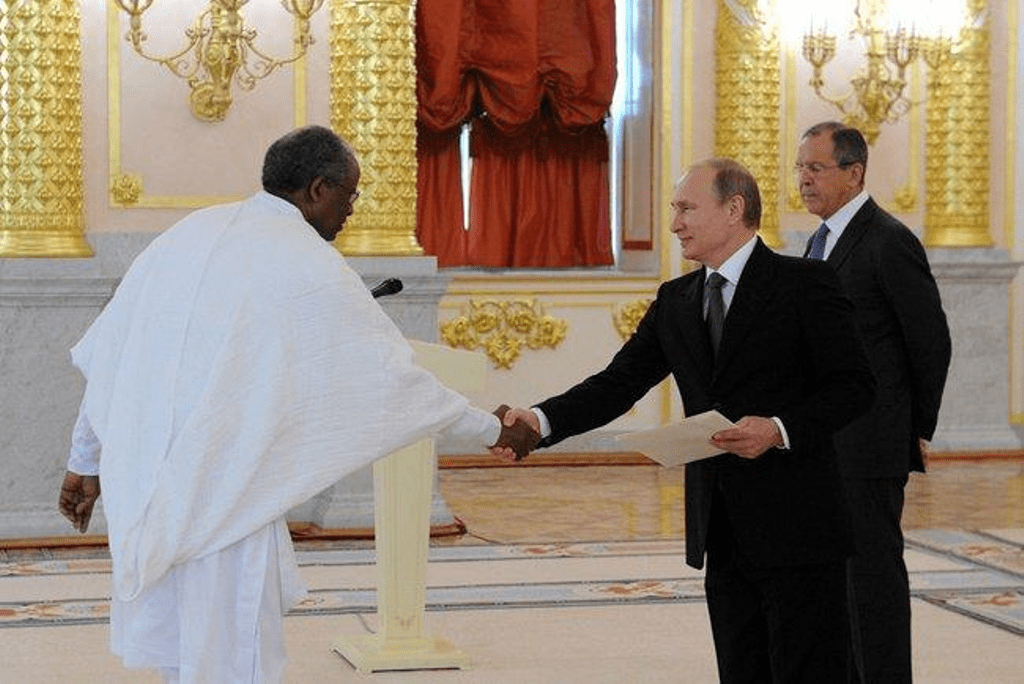 Ambassador Petros Tsegai, a hardliner Orthodox Christian,  who has been extra-ordinarily  appointed by Isyas Afwerki as  Eritrea’s Ambassador to the Russian Federation, has presented his official credentials to President Vladimir Putin, to rebuilt Eritrean strategy in the Horn of Africa.

During the presentation ceremony in the Kremlin, the Eritrean Ambassador conveyed President Isaias Afwerki’s greetings and message of goodwill to President Putin and the Russian people, and asserted readiness to strive for enhancing the prevailing ties between the two countries in a spirit of partnership.

The Russian leader on his part noted that Eritrean and Russia share similar views as regards regional and international issues. Putin further voiced Russia’s readiness to strengthen the existing relations in strategic trade, built military capability of Eritrean people  and economic development to create one of the Russian  navy fleet in Red Sea to protect Russian interest in the region.