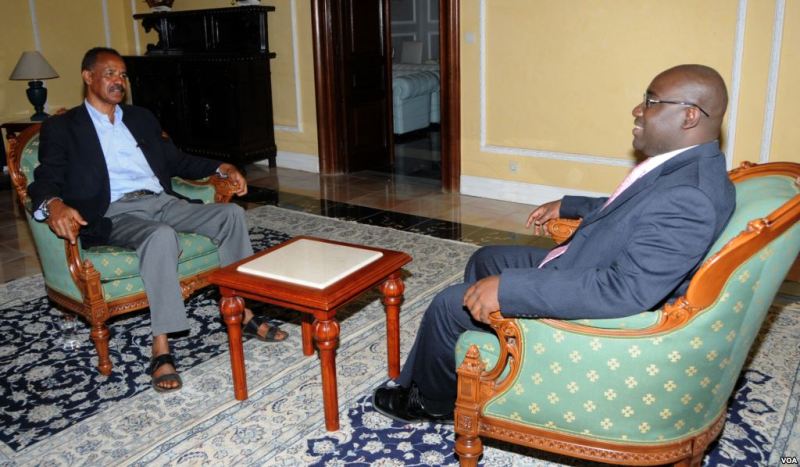 Asmara (HAN) June 30, 2014 – Presidential Press Release – Eritrean Leader rejects Alleged Destabilization Role in Eritrea, according to a note sent to Geeska Afrika Online mentioned that, his government has refused to cooperate with Keetharuth and denies it has committed any human rights violations in Eritrea.
The UN report of the Special Rapporteur on Eritrea is full of baseless allegations and unsubstantiated claims. Even though the Rapporteur presents them as “refugees” “victim” or “witness” the information contained in the report is gathered from faceless and nameless individuals residing in Ethiopia and Djibouti.

According to Presidential Press Statesmen, “”Their testimonies are systematically coached by the Ethiopian and Djiboutian military and security institutions. In these circumstances, one can never expect these individuals to give the Rapporteur information that will disappoint their Ethiopian and Djiboutian handlers and jeopardise their chances of being resettled in Europe, America or Australia. Therefore, hostages and individuals with conflicts of interest can never be taken and should never be presented as witnesses.””

Eritrean diplomat at the meeting said Keetharuth’s report was “biased and unfounded” and Eritrea “totally rejected” the call to set up an inquiry.
The Eritrean diplomat said the fabricated image of Eritrea had become the basis of a “fake crisis” and laid the blame on its neighbour Ethiopia.

“While it is to be noted that Eritrea has become a target of U.S. hostilities, it has become apparent that this draft resolution is also part of Ethiopia’s strenuous effort to maintain the U.N. sanction imposed on Eritrea,” he said.

Leaked diplomatic documents sent by Ethiopian diplomats to its European and North American embassies had stressed the need to lobby for members of the Human Rights Council to put more pressure on Eritrea, he said.
The U.N. Human Rights Council agreed on Friday to set up a year-long inquiry into human rights in Eritrea, similar to previous high-level investigations into Syria, North Korea and Sri Lanka.

It condemned what it said were “widespread and systematic” violations by Eritrea’s government, from arbitrary executions to restrictions on religion, detention of journalists and a shoot-to-kill policy for citizens trying to cross the border.

“The human rights crisis in Eritrea has been forgotten for too long and the scale of the violations is unparalleled, putting the country amongst the worst human rights situations worldwide,” said Ambassador Yusuf Mohamed Ismail of Somalia, which had initiated the call for an inquiry.

The 47-state forum decided to set up the inquiry without a vote, but China, Pakistan, Venezuela and Russia indicated that they had reservations but did not try to block the inquiry.