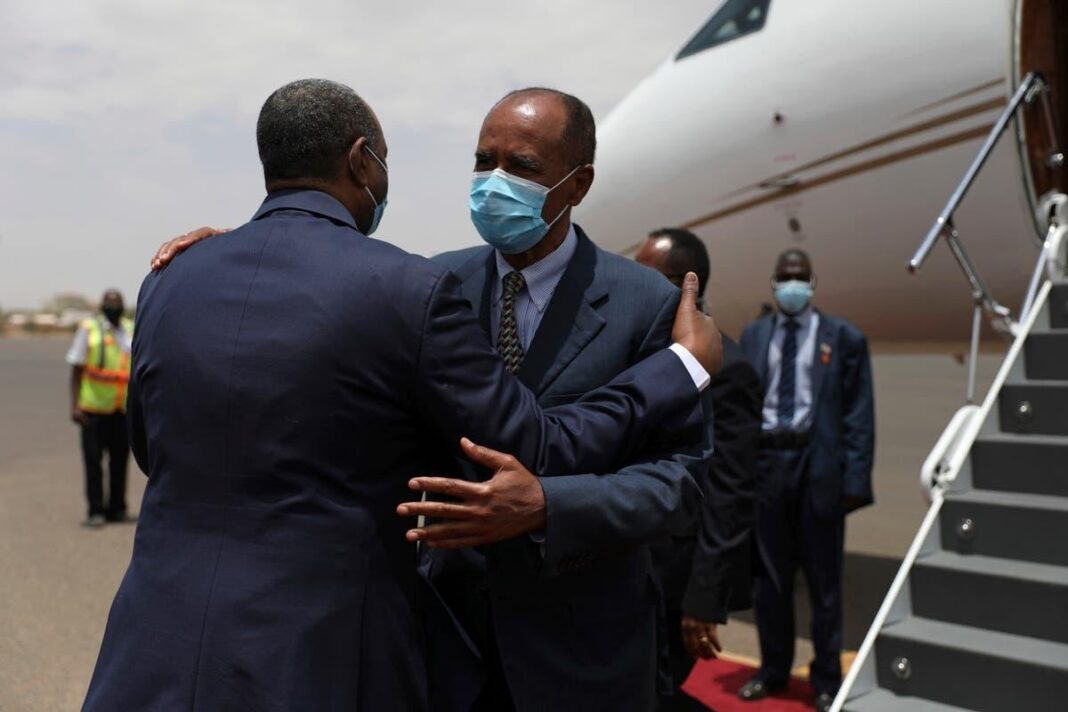 During his three-day visit, President Isaias Afwerki will hold extensive discussions with  Prime Minister Mr. Abdullah Hamdok on strengthening bilateral relations and regional issues of interest to the two countries.

The leaders also discussed on the new political developments in the Sudan and the region and reviewed the progress of the cooperative agreement reached between the two countries and the framework of regional cooperation.