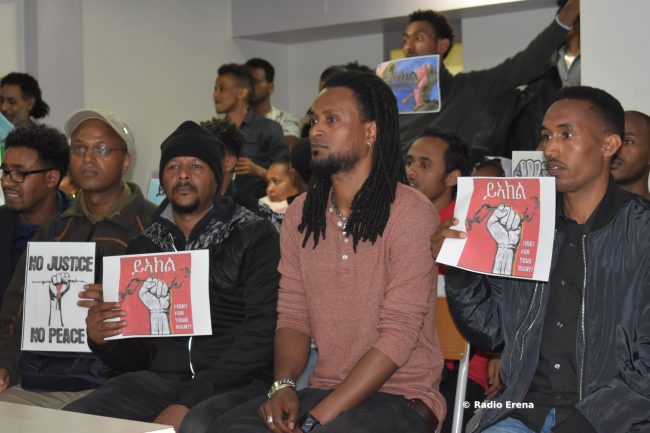 Paris (HAN) October 2. 2020. Public Diplomacy and Regional Stability Initiatives News. Opinion by Matthew Norman. Eritrea: In New York in 1899 a newsboy named Kid Blink gave a galvanizing speech to his fellow “newsies”:
“Friens and feller workers. Dis is a time which tries de hearts of men. Dis is de time when we’se got to stick together like glue…We know wot we wants and we’ll git it even if we is blind.”

Teenagers and young adults have a history of driving social change.

Not so eloquently put as other orators of the time, but still, the message found its target. Back then, anybody living in New York got their news from two major newspapers, and newsboys were integral to the sale of those papers. Despite this, newsies were paid mere pennies for their commendable efforts and were penalized if they failed to sell their stack for the day. The newsboys, made up mostly of orphans and runaways, recognizing their plight, organized a strike that aimed to change how they were being remunerated. They were successful, their movement was the harbinger of similar measures introduced throughout the country and laid the foundation for the introduction of urban child-welfare laws.

In the 1960’s we saw the rise of the anti-war movement, which had its roots in civil rights activism and protests against university restrictions to political speech and assembly. The huge student-led movement grew to encompass the war in Vietnam as one of its focal points. The women’s liberation movement and activism calling for equal rights for the gay community were also gaining momentum during this decade.

In more recent years young people have braved the public’s eye with protests against government policy on climate change, such as the members of Friday for Future, an international movement of school students who skip Friday’s classes to participate in demonstrations that demand action from political leaders in tackling climate change. The Dakota Access Pipeline announcement was met by thousands of young protestors in what is now known as the Standing Rock protests. Many of these protestors went on to form the International Indigenous Youth Council. 2012 saw the rise of young undocumented immigrants fighting for their rights in the U.S, and young fast-food workers demanding an increase in the minimum wage. 2016 became the year of the Brexit ‘Remain’ campaign, largely comprised of young people in the UK. Trump’s inauguration in 2017 was disrupted by the ‘Disrupt J20’ protest and in 2020 we have seen enormous numbers of youth activists supporting the Black Lives Matter movement.

The common ground on which all these movements stand has to do with their aims. Each one of these movements is demanding that power makes a change. But what about all those movements that wanted a change in power? Calling for a change in government policies is one thing but calling for the outright removal of the current government in any given country, is a different beast. Nevertheless, revolutionary dreamers and activists have succeeded in this task before, and they will succeed again.

In 1998, only six years after his lazy, bass-playing days of the first year at the University of Belgrade, Serbia, Srdja Popovic founded the anti-government youth movement Otpor! (which translates as resistance). Otpor eventually led the campaign that forced Milosevic’s early resignation on 7 October 2000. A peaceful change of power took place in Georgia in November 2003 as a result of widespread protests over the disputed parliamentary elections and led to the ousting of President Eduard Shevardnadze. The youth organization Kmara (Enough!) played an instrumental role in these protests. In the period between late November 2004 and January 2005, a series of protests and political events took place in Ukraine. This occurred in the aftermath of the run-off vote of the 2004 Ukrainian presidential election, which was tainted by huge corruption, voter intimidation, and electoral fraud. The Orange Revolution, as it is now known, was highlighted by a series of acts of civil disobedience, sit-ins, and general strikes organized by the opposition movement. Playing a leading role in this revolution was a civic youth organization called Pora! (It’s the time!), who established themselves in 2004 to coordinate young people’s opposition to the Kuchma government. Members of Pora! Were trained by members of Otpor and stand in alliance with other movements across eastern Europe including Kmara.

The Arab Spring movements, though some unsuccessful in their aims, were also initiated by the youth of certain countries. Beginning with Mohamed Bouazizi, a Tunisian street vendor, setting himself on fire outside a local government office in an act of protest after being arrested by police for not having a permit to run a vegetable stall. This initial act of defiance sparked protests in Tunisia, which eventually led to the resignation of Tunisian president Zine El Abidine. After that, protests and coups took place in a handful of countries, including Libya, Morocco, Egypt, Syria, and Yemen. The outcomes of these movements were varied, but all of the movements involved some form of a youth organization that operated within the country.

The unfortunate reality for Eritrea is that thousands of its youth flee the country every month. It seems too cruel to request that they stay and organize themselves into something resembling the movements mentioned in this piece. Even so, the youth of Eritrea, if supported by the diaspora and other pro-democracy movements, as we have seen in other countries, maybe the best hope for a free Eritrea. Source