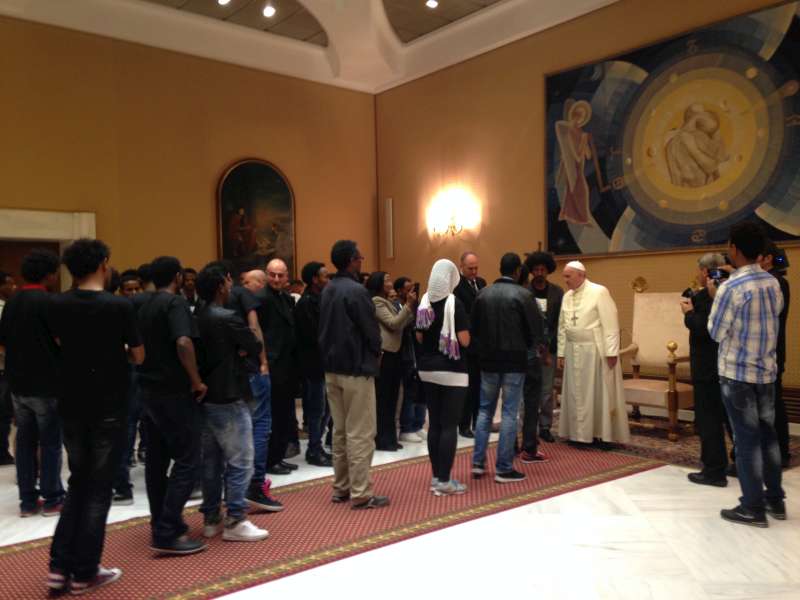 Asmara (HAN) January 20, 2015- Public diplomacy and Regional Catholic church News.  According to Catholic Herald comments, Pope Francis ‘leaves the exposition of doctrine to others, and reserves for himself the merciful style of the care of souls’: is he playing a dangerous game?

The answer to that question depends in large part on what the pope has in mind to the political landscape between Ethiopian People and Eritrean People.  The Catholic Church of Ethiopia and Eritrea have always been regarded as one Episcopal conference. As of today, the two are now separate by the new Catholic Pope, “Pope Francis?.”

Eritrean Catholic Bishops in their pastoral letter entitled, “Where is your brother?” marking the 23rd anniversary of that country’s independence, which was celebrated on 25 May 2014, addressed themselves to the crisis of emigration in the country. The pastoral letter signed by the four bishops, Mengsteab Tesfamariam, Eparch of Asmara; Tomas Osman, Eparch of Barentu; Kidane Yeabio, Eparch of Keren and Feqremariam Hagos, Eparch of Segeneti stated, “there is no reason to search for a country of honey if you are in one… Instead of Eritreans aiming to leave their country, those who are in the Diaspora should have returned….it is not rational to simply ask why our youth are leaving to foreign countries.”

New Regional Catholic church update: At the same time, Pope Francis has also erected the Metropolitan Church of Eritrea in Asmara. Although Eritrea as a nation got its independence in 1991 the Catholic Church of Ethiopia and Eritrea have always been regarded as one Episcopal conference. As of today, the two are now separate.