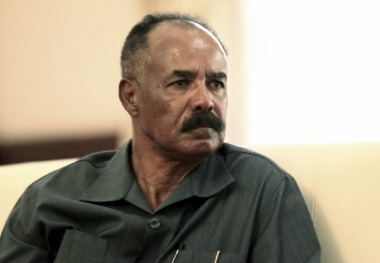 Nairobi (HAN) June 23, 2015 – Regional Security strategy News. Intelligence Update. Eritrea has defended its controversial policy of decades-long national service from which about 5,000 people flee each month, saying it has “no other choice” due to threats from long-standing enemy Ethiopia.

“is effectively denying the Eritrean people the right to defend themselves in an existential crisis against a foe 15-20 times their total population size”, said a foreign ministry statement

According to AFP reports: Eritrea, which broke away from Ethiopia in 1991 after a brutal 30-year independence struggle, remains in a tense standoff with Addis Ababa after a 1998-2000 border war. Troops still eyeball each other along the frontier, with Ethiopian soldiers defying an international ruling to leave Eritrean land.

“By law national service is only required for 18 months,” Eritrea’s ministry of foreign affairs said.

“However, due to Ethiopia’s refusal to abide by a final and binding ruling, and the international community’s continued indifference to this deliberate (flouting) of international law by Ethiopia, the government of Eritrea had been left with no other choice but to rely on its population to defend its independence and sovereignty.”

Eritrea, which denied investigators entry to the country, also criticised the evidence as “emanating from self-described “human rights activists” with an “openly declared regime-change agenda”. It also rejected accusations its leadership could be guilty of possible war crimes.

“There is no evidentiary support for the claim,” Asmara said.