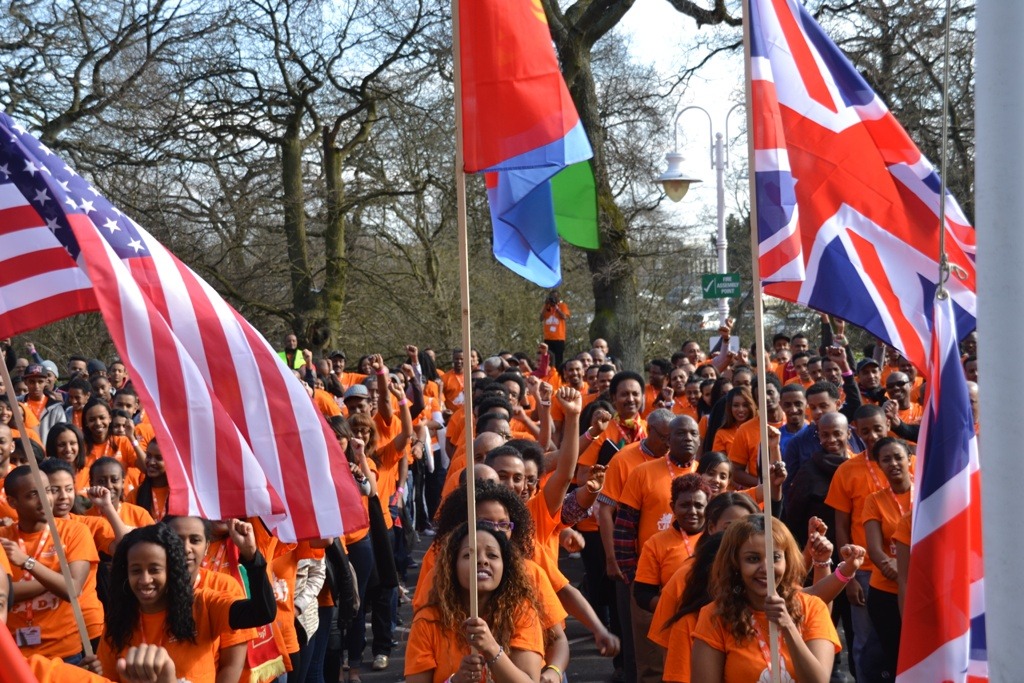 Kampala (HAN) October 8, 2014. Public diplomacy and National security news. Eritrean diaspora in Kampala city, Uganda, have asserted readiness to mount staunch resistance against external conspiracies on the basis of higher organizational capacity. They made the pledge at a meeting with Mohammed Suleman, the Eritrean Ambassador to Uganda. 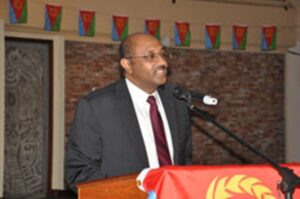 Speaking at the meeting, the Eritrean ambassador gave briefings focusing on the objective situation in the Homeland towards regional security and international developments, as well as Eritrea’s engagement on the diplomatic and partnership fronts. He further underlined the need to exert more endeavors as regards strengthening community organization.

Commending the pace of national development programs being implemented in Eritrea, the diaspora participants in the meeting expressed readiness to enhance role in State affairs.

Meanwhile, Yemane Gebreab, Head of PFDJ Political Affairs, said that the Eritrean national identity and advanced social justice had developed into solid power, and that the Eritrean youth living inside the country and abroad should develop mode of resistance to foil the external conspiracies that are targeting especially the youth.

At the meeting in Asmara being conducted under the theme “United Stride for Strong Organization”,  Yemane gave extensive briefing with regards the current political situation in the Homeland, and that the external conspiracies aimed at discouraging the strong Eritrean free political path is being thwarted by the staunch resistance of the Eritrean people. Yemane Gebreab, also indicated that the PFDJ is exerting efforts to solidify its organizational capacity and political power making the youth its center stage.