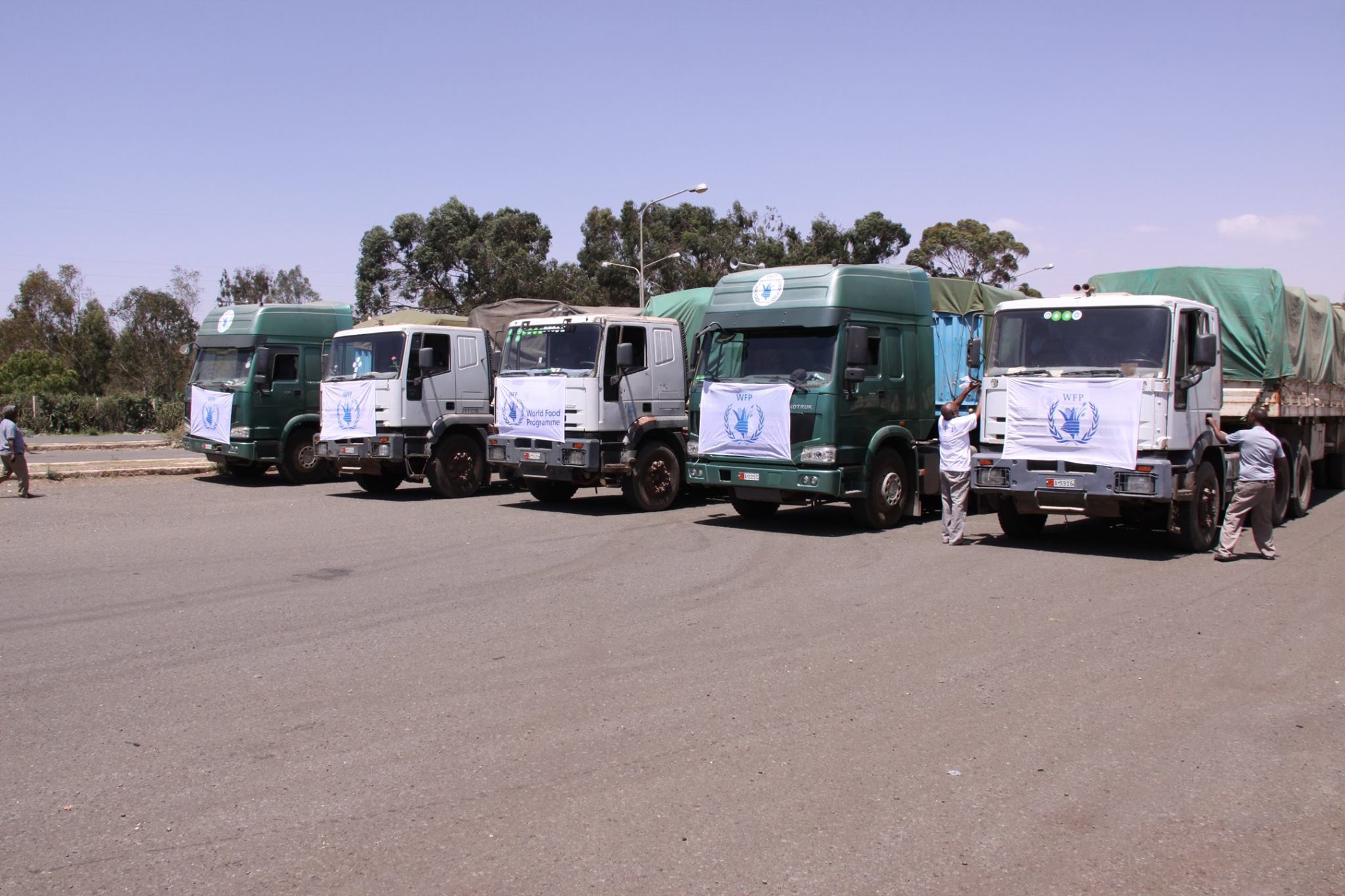 ASMARA (HAN) July 12.2016. Public Diplomacy & Regional Security News. By: Louis Mazel. In June I was able to witness the movement of a pilot shipment of 1100 tons of Canadian-donated sorghum that was transported through Eritrea’s Port of Massawa by the World Food Program (WFP) for delivery to South Sudan. This pilot shipment sourced from India, arrived in Massawa and was quickly unloaded from containers and transferred to Eritrean trucks for onward shipment to Kosti, south of Khartoum, a distance of 1153 kilometers. There the trucks were offloaded for final shipment to South Sudan.

I was able to see the trucks when they stopped at a car park on the outskirts of Asmara before they continued their long journey on to Sudan.

WFP officials with whom I spoke were very positive about their experience with the Port of Massawa, noting that that the offloading was done quickly, despite it being Ramadan with many of the workers fasting, and the Eritrean-provded trucks were at the port on time and ready to receive the shipment. They were able to unload the entire shipment and get it moving in two days, which is much quicker than in other ports in the region. The WFP officials also told me that they received excellent cooperation from Eritrean government officials involved in this pilot shipment.

The WFP officials will review the entire movement of this pilot shipment and will factor in costs and speed in making a determination on whether to use Massawa to move an additional 80,000 tons of grain destined for South Sudan.