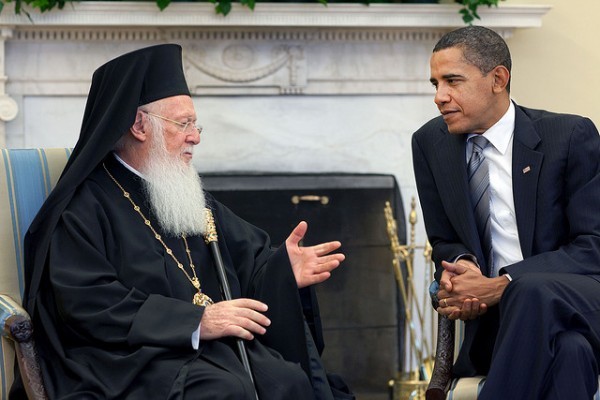 Washington (HAN) November 12th, 2017 – Public Diplomacy & Global Regions Initiatives – An Opinion by. By Anna Schiller. Over the last century, the Orthodox Christian population around the world has more than doubled and now stands at nearly 260 million. In Russia alone, it has surpassed 100 million, a sharp resurgence after the fall of the Soviet Union, according to a new Pew Research Center report.

The geographic distribution of Orthodoxy also differs from the other major Christian traditions in the 21st century. Today, nearly four-in-five Orthodox Christians (77%) live in Europe, a relatively modest change from a century ago (91%). By contrast, only about one-quarter of Catholics (24%) and one-in-eight Protestants (12%) now live in Europe, down from an estimated 65% and 52%, respectively, in 1910.

Orthodoxy’s falling share of the global Christian population is connected with demographic trends in Europe, which has lower overall fertility rates and an older population than developing regions of the world, such as sub-Saharan Africa, Latin America and South Asia. Europe’s population has long been shrinking as a share of the world’s total population, and, in coming decades, it is projected to decline in absolute numbers as well.

Orthodox Christians in the former Soviet Union generally report the lowest levels of observance among those of their faith, perhaps reflecting the legacy of Soviet repression of religion. In Russia, for example, just 6% of Orthodox Christian adults say they attend church at least weekly, 15% say religion is “very important” in their lives, and 18% say they pray daily. Other former Soviet republics display similarly low levels of religious observance. Together, these countries are home to a majority of the world’s Orthodox Christians.

Orthodox Christians living in Europe outside the former Soviet Union show somewhat higher levels of religious observance than those in the former Soviet republics, but they are still far less observant than Ethiopia’s Orthodox community. In Bosnia, for example, 46% of Orthodox Christians say religion is very important in their lives, while 10% say they attend church weekly or more often, and 28% report that they pray daily.

Orthodox Christians in Ethiopia report considerably higher religious observance, on par with other Christians (including Catholics and Protestants) across sub-Saharan Africa. Nearly all Ethiopian Orthodox Christians say religion is very important to them, while roughly three-quarters report attending church weekly or more often (78%) and about two-thirds say they pray daily (65%).

Orthodox Christians in the United States, who make up roughly 0.5% of the overall U.S. population and include many immigrants, display moderate levels of religious observance, lower than in Ethiopia but higher than most European countries, at least by some measures. About half (52%) of Orthodox Christian adults in the United States say religion is very important to them, roughly one-in-three (31%) report that they attend church weekly or more, and a slim majority say they pray daily (57%).

These are among the key findings of a new Pew Research Center study of Orthodox Christianity around the world. The data in this report come from a variety of surveys and other sources. Data on the religious beliefs and practices of Orthodox Christians in nine countries across the former Soviet Union and five other countries in Europe, including Greece, are from surveys conducted by Pew Research Center in 2015 and 2016. In addition, the Center has recent data on many (though not all) of the same survey questions among Orthodox Christians in Ethiopia and the United States. Together, these surveys cover a total of 16 countries, collectively representing about 90% of the estimated global Orthodox population. In addition, population estimates are available for all countries based on information gathered for the 2011 Pew Research Center report “Global Christianity” and the 2015 report “The Future of World Religions: Population Growth Projections, 2010-2050.”

The study, funded by The Pew Charitable Trusts and the John Templeton Foundation, is part of a larger effort by Pew Research Center to understand religious change and its impact on societies around the world.

The findings are for immediate release and can be found at:http://www.pewforum.org/2017/11/08/orthodox-christianity-in-the-21st-century

For more information, or to arrange an interview with the study’s lead author, Associate Director of Research Dr. Neha Sahgal, please contact Anna Schiller at 202.419.4514 or aschiller@pewresearch.org

Picture: What Orthodox Christianity Can Bring to American Christian Politics