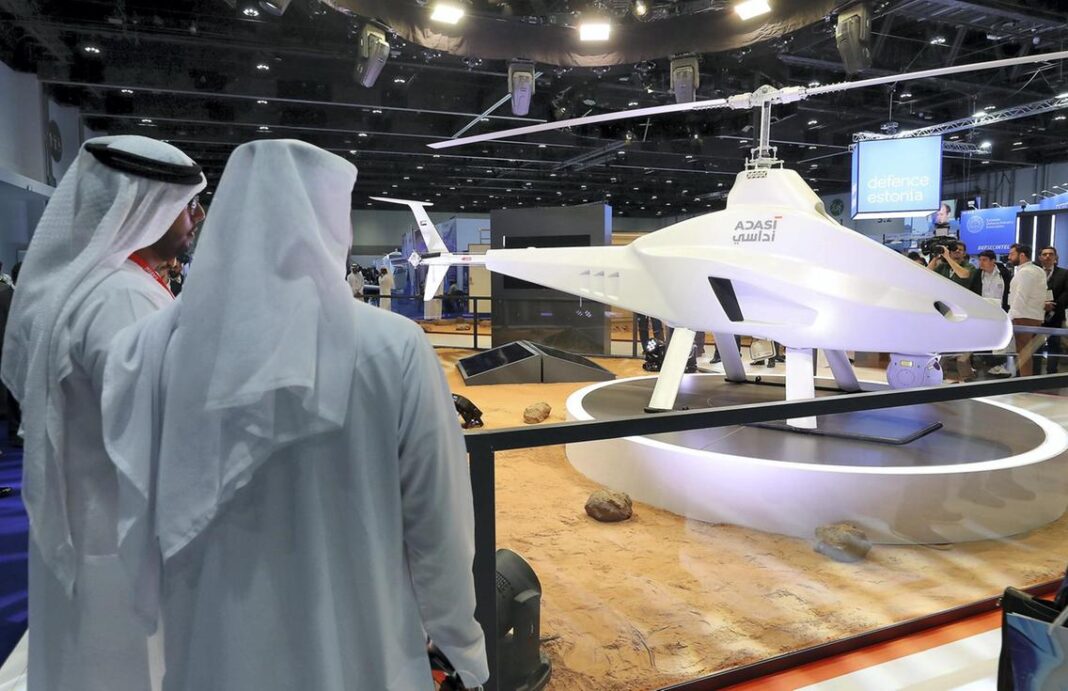 Forces in Ethiopia’s Tigray region have accused the federal government of partnering with the United Arab Emirates to use weaponized drones stationed in Eritrea. A security analyst tells VOA the drones are in an Eritrean port city but there is no evidence they are being used in the Tigray conflict.

Wim Zwijnenburg, a humanitarian disarmament project leader for PAX, an organization studying conflict worldwide and research on the use of military technologies, has been studying satellite imagery collected by the U.S. company Planet Lab. He determined that drones operated by the UAE are stationed at the Eritrean port city of Assab. The 20-meter wingspan Chinese-made drones known as the Wing Loong II are capable of dropping bombs or shooting missiles.

“It’s true that there are Emirati drones based in Eritrea,” Zwijnenburg told VOA via Skype. “However, the next question is whether they have been used in Ethiopia. And, in that regard, we couldn’t find any indication that the Emiratis would fly drones in Ethiopia.”

Fresh reports this week suggest that Eritrean troops are involved in the conflict in the Tigray region. Citing five unnamed diplomats, Reuters reported this week that “evidence of Eritrean involvement cited in the U.S. view of the month-long war includes satellite images, intercepted communications and anecdotal reports from Tigray region.”

The report comes after repeated claims by the Tigrayan side of the use of UAE military drones by the Ethiopian military.

Tigrayan politician Getachew Reda tweeted last month that Ethiopian Prime Minister Abiy Ahmed “is now enlisting the support of UAE drones based in Assab in his devastating war against the people of Tigray.” A regional media outlet, Tigray TV, reiterated the claim on its Facebook account, saying “highly sophisticated weaponry, which included drones and other technologies that cannot be found on the African continent, were extensively used when attacking the people of Tigray.”

Ethiopia said it has conducted “targeted strikes” against strategic targets in the Tigray region. Major General Yilma Merdasa, chief of the Ethiopian Air Force, told VOA Amharic the air force is attacking with warplanes, missiles and UAV’s, unmanned aerial vehicles. He added: “We have trained and armed ourselves and we are doing the work from the center [from Ethiopia] and other assertions are deception. We are destroying the enemy with a force we built ourselves.”

Zwijnenburg noted that Ethiopia has the fourth largest air force in Africa, flying MiG-23 and Sukhoi-27 jet fighters. He said mobile phone video uploaded to Facebook appears to show fighter jets flying over the city of Mekelle in northern Ethiopia.

“We could not find any indication that those drones have been used by the Ethiopian Air Force but only found indications that piloted aircraft jet fighters have carried out targeted strikes,” he said. “So, in that sense, it’s good to look at the statements made and fact-check those with what we know from the ground and from open-source information and satellite imagery.”

Claiming victory, the federal government said the Tigray incursion is a limited military action against some members of the Tigray People’s Liberation Front (TPLF) after it attacked a military base. But the TPLF calls it a war against Tigray, one that its forces continue fighting.

“States have an interest in drones because it removes the risk from the pilot, they’re relatively cheap and they can stay over a large area for a long time,” Zwijnenburg said. “Making them very, sort of, a seductive way to use lethal force in operations where you otherwise wouldn’t expose your own troops to risk because [they] could have been killed.”

The militaries of Nigeria and Algeria also operate armed drones, Zwijnenburg said. The U.S. has operated drone bases in Niger and in Somalia in recent years, and previously had one in southern Ethiopia that was shut down in 2016.

Any outside drone intervention in the Tigray conflict is not likely to slip by unnoticed by international observers, Zwijnenburg says.

“Our concern,” he says, “is that this could lower the threshold for the use of lethal force in disputed areas or conflict disputes, [where] military drones are operated in those kinds of proxy wars or shadow wars, in areas where we don’t have access to, where it’s hard to control, to fact check claims they make.”