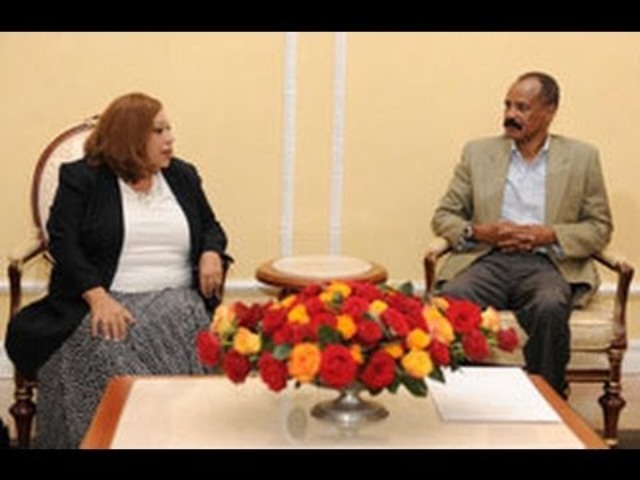 During the presentation ceremony at State House in Juba, Mr. Yohannes conveyed President Isaias’ greetings to the South Sudan’s President, and expressed readiness to exert efforts to strengthen ties between Eritrea and South Sudan.

Expressing gratitude to the all-round support extended by the people and Government of Eritrea towards ensuring the success of the struggle of the people of South Sudan, President Salva Kiir Mayardit asserted the readiness of the South Sudanese people to a new stage. He also voiced goodwill to President Isaias, as well as success to Ambassador Yohannes in the course of his tenure.

The new Eritrean Ambassador Fasil Gebreselasie has appointed as ambassador to Egypt and presented his diplomatic credentials to President Abdul Fattah Al-Sisi.

The regional security and diplomats are eye on  Eritrean Ambassador to Egypt: The inauguration ceremony of Ambassador Fasil from Eritrea in Egypt – Cairo and meeting with the Egyptian president Sisi presented by Eri-TV